Bethesda teen who died after drinking at party had fake IDs, police say

The Bethesda homeowners who hosted a party where teens reportedly brought alcohol will not face charges in the death of a high school senior who left the party and died in a ravine.

WASHINGTON — The Bethesda homeowners who hosted a party where teens reportedly brought alcohol will not face charges in the death of a high school senior who left the party and died in a ravine.

In an update on the case Monday, Montgomery County police said there is no indication the Elgin Lane homeowners provided alcohol to 17-year-old Navid Sepehri or any of the teens at the party. In the update, police also said the teen had two fake IDs on him when he was found.

“There will be no charges placed against the homeowners as there were no violations of the law observed by officers,” Montgomery County police said in the update.

Police said the homeowners told officers they warned the teens that alcohol was not allowed and that they began calling some of the teens’ parents after they discovered some of them had brought alcohol. The homeowners’ account is backed up by footage from an officer’s body-worn camera, statements made by at least one of the party attendees and a follow-up investigation by detectives, police said in the update.

“The death of Navid Sepehri is a tragedy not only for his family and friends but also for the greater community,” police said in the statement.

Sepehri’s father discovered the teen’s body in a shallow stream in a wooded area behind the Bannockburn Swim Club on Dec. 10, the day after the Saturday night house party. The Maryland medical examiner said the Walt Whitman High School senior, who had a small bottle of vodka in his pocket when his body was discovered, died from acute alcohol intoxication complicated by drowning and hypothermia.

In an emotional interview shortly after his son’s death, Frank Sepehri, the teen’s father, said he believed the homeowners should be held accountable for his son’s death.

“They caused my son’s death … That’s a fact,” he said in a Dec. 13 phone interview with WTOP. “A kid drinking I don’t know five, six shots — vodka and all that. Where’d he get it from? They don’t carry that in the car. They went into a house and had it there.”

In the new statement, Montgomery County police said they believe the bottle of vodka found in Sepehri’s pocket was purchased from a store outside the county, and that Sepehri had two fake Pennsylvania driver’s licenses, indicating he was old enough to buy alcohol. Police said they have still not determined how the teen obtained the vodka.

In the update, police said they are still investigating the circumstances surrounding Sepheri’s death, including the actions of a police officer who interacted with Sepehri the night of the party.

Montgomery County police had been called to the Elgin Lane house about 10:30 Dec. 9 for a report of a party with possible underage drinking. That’s where the officer encountered Sepehri and several other teen boys standing in the street in front of the house.

The teens told police they were waiting for rides after leaving the party. Police said Sepehri’s conversation with police was captured on the officer’s body-worn camera, but that the teens were not violating any criminal or civil law.

The teens told police they left the Elgin Lane neighborhood for a 7-Eleven convenience store and then ordered an Uber home. But they said Sepehri turned down the ride, and they assumed he was going to walk home.

Police said they want to speak with anyone who was with the teen at any point on the night of Dec. 9 or the early morning of Dec. 10.

Those with information should call the department’s major crimes division at 240-773-5070, police said. 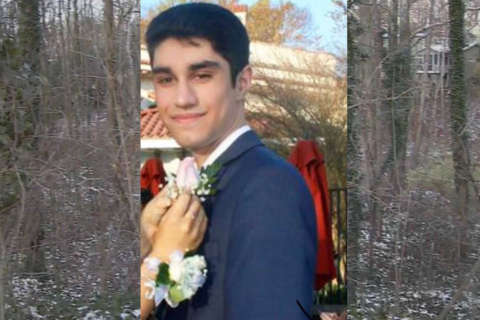 Bethesda teen possibly under the influence before he was found dead

Cause of Bethesda teenager’s death released