A spokesperson for Montgomery County Fire and Rescue services tweeted that three people were transported to the hospital and 32 were treated after being stung by insects off campus.
Listen now to WTOP News WTOP.com | Alexa | Google Home | WTOP App | 103.5 FM
(1/3) 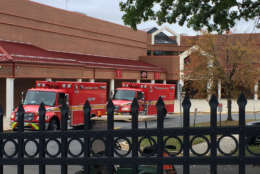 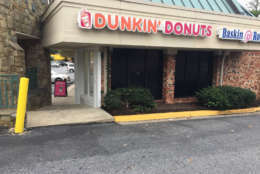 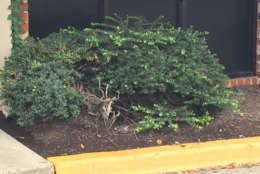 The chief spokesperson for Montgomery County Fire & Rescue Services tweeted that the first responders were evaluating multiple patients with what where initially believed to be bee stings a little after 8 a.m. Three were transported to the hospital, but none of the injuries was life-threatening.

A Montgomery County School spokesperson said it happened at Quince Orchard High School in Gaithersburg, Maryland, as students were crossing the street to go to school.

A spokesperson for Montgomery County Fire & Rescue services said the hive was located across the street from the school near a Dunkin’ Donuts.

Spokesman Pete Piringer tells WTOP that the insects were described to him by students as bees. Medics told him they might have been wasps or hornets. A property manager at the shopping center called them honeybees.

However, according to Montgomery County Animal Services, the stinging insects were determined to be yellow jackets – a member of the wasp family – and the hive was slated to be removed.

The Boston Children’s Hospital says that nearly 2 million people in the United States are allergic to bee stings, the most severe cases can result in anaphylactic shock.

WebMD suggests that people who have been stung for the first time keep an eye out for itching, or hives, swelling of the face, throat or tongue.

A map of where the incident happened can be seen below.