WASHINGTON — Two men were arrested for the death of a Silver Spring man.

Police received information that the homicide was committed by MS-13 gang members, which included the suspects.

Guerra told his mother on Sept. 2 that he was going to meet a friend. When his mother tried to contact him later, his cellphone was off. Police said in a news release that the person Guerra was planning to meet was Lagunes-Bolanos.

Guerra’s body was found by a hiker on Sept. 6 in a creek in Long Branch Stream Valley Park. His death was ruled as a homicide by multiple stab wounds. 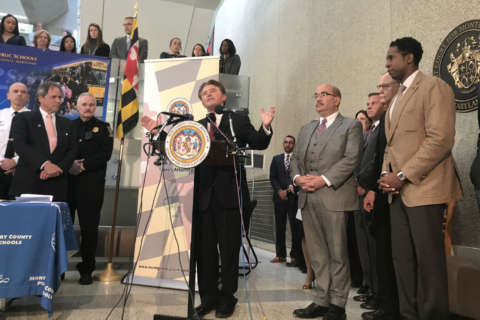