Coronavirus News: Fairfax Co. votes to increase substitute teacher pay | Is it time to get a COVID-19 booster? Which one? | Local cases of COVID-19 | How many in DC region are vaccinated?
Home » Montgomery County, MD News » Local first responders encounter…

Floating balls of fire ants are just some of the extreme conditions facing responders from Maryland and Virginia who are in Texas to help flood victims.
Listen now to WTOP News WTOP.com | Alexa | Google Home | WTOP App | 103.5 FM
(1/4) 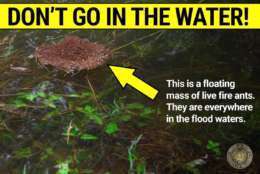 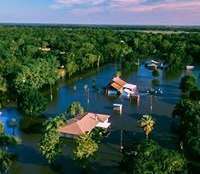 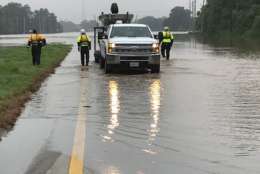 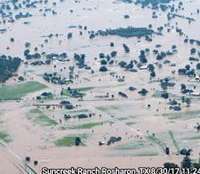 WASHINGTON — Floating balls of fire ants are just some of the extreme conditions facing local first responders who are in Texas helping flood victims.

“Heat, humidity, large mosquitoes, flotillas of fire ants in the water (and) rising floodwaters were a few of the challenges endured not only by the community … but our task force members and (other first responders),” Montgomery County Fire and Rescue Service spokesman Pete Piringer said, speaking for Maryland Task Force 1. 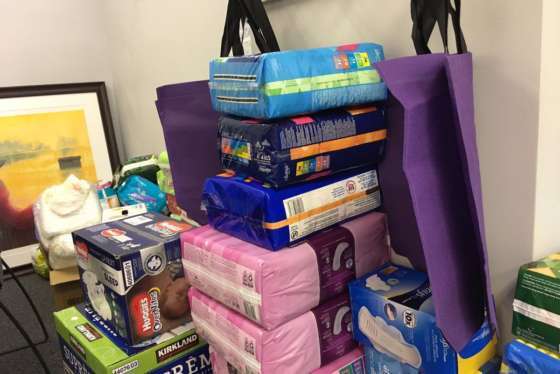 When escaping storms or floodwaters, some personal care supplies may slip off the list of important things to grab when life and limb are at risk. A local organization has rallied community members to help fill that void for Texas storm victims.

Working the area of Angleton, Texas, and the wider Brazoria County area, Piringer said Maryland Task Force 1 had contact with about 60 people over the weekend while conducting door-to-door searches, evacuating some families and pets and helping others shelter in place.

As of Monday, the team was relocating to a staging area in Katy, Texas, which is west of Houston, to hydrate, regroup, resupply, clean equipment and do preventive maintenance on equipment.

Virginia Task Force 1 of Fairfax County, Virginia, is also staged in Katy as FEMA officials keep a watchful eye on Hurricane Irma in the Atlantic heading toward the Leeward Islands.

Both Virginia and Maryland Task Force teams have resources in reserve beyond those deployed to Texas.

“In the event that Irma does reach the East Coast — certainly if FEMA calls — we will be ready to deploy in several hours,” Piringer said.