Four men and a teenager who held a Silver Spring family hostage earlier this month in an attempt to rob a check cashing business have been arrested on charges ranging from assault to home invasion.
Listen now to WTOP News WTOP.com | Alexa | Google Home | WTOP App | 103.5 FM

WASHINGTON — A would-be robber threatened to cut out the eye of a Silver Spring woman if she didn’t help him rob the check cashing business where she worked while her husband and another male relative were tied up on the floor of their home.

The family, including a sleeping child, was held hostage for hours by four men and a teenager earlier this month. All five were arrested and face charges ranging from assault to home invasion to car theft, according to Montgomery County police.

The woman told investigators that she was also tied up and one of the men told her he would help her if she had sex with him. She feared she would be raped, court documents said.

She told police that a man she recognized as a customer of the business demanded the key and alarm code to the Check Cash Depot. “I’m going to count to three, and if you don’t answer, I’m going to remove your eye,” she recounted the man as saying. He and others took her to the check cashing business twice that night but were not able to break in.

Meanwhile, one of the men attacked the woman’s husband with a knife, cutting his face and neck. The two scuffled and the husband was able to get the knife from his attacker, who fled.

Eventually the men took off in the woman’s car, taking cash, a cellphone and a wallet with them.

All five were being held without bond on Monday. 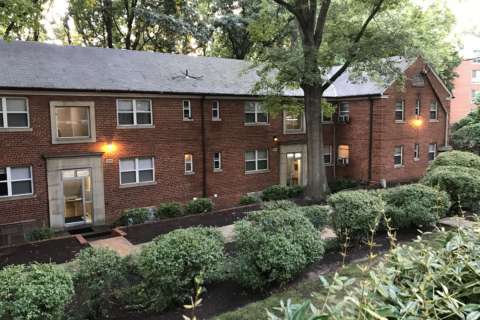