A Germantown, Maryland, man has been convicted of killing a transgender woman whom police said he had known for years. Rico LeBlond, 22, was convicted of first-degree murder Tuesday in the killing of Zella Ziona, 21, behind the Lakeforest Mall, in Gaithersburg, in 2015. He faces a maximum sentence of life in prison.
Listen now to WTOP News WTOP.com | Alexa | Google Home | WTOP App | 103.5 FM

WASHINGTON — A Germantown, Maryland, man has been convicted in the 2015 killing of a transgender woman whom police say he had known for years.

Rico LeBlond, 22, was convicted of first-degree murder Tuesday in the killing of Zella Ziona, 21, behind the Lakeforest Mall, in Gaithersburg, on Oct. 15, 2015. He faces a maximum sentence of life in prison.

The Montgomery County police said in charging documents at the time that LeBlond and Ziona, who was born DeAndre Smith, had been friends since their school days, and that LeBlond had become upset when people found out about their friendship.

Not long before the night Ziona was killed, she had begun “acting flamboyantly” toward LeBlond, which embarrassed him in front of his crew, according to the charging documents at the time of his arrest.

State’s Attorney John McCarthy said on Tuesday that the two had had a “confrontation” the day before the killing, and that on the night of Oct. 15, Ziona went into the alley behind the mall, thinking they were going to continue their previous fistfight. But LeBlond was one of six or seven people “laying in wait” for Ziona, said McCarthy, and shot her several times.

LeBlond was arrested the next night at the Germantown Transit Center.

McCarthy said LeBlond was a member of the Hit Squad gang, a charge LeBlond’s lawyer, David Felsen, denied. McCarthy pointed to the organization of the crime, and the number of people involved.

This was LeBlond’s second trial; the first was declared a mistrial in January of this year after the jury couldn’t reach a unanimous verdict. LeBlond’s lawyer had argued at the time that several witnesses had given different accounts of how Ziona had died. 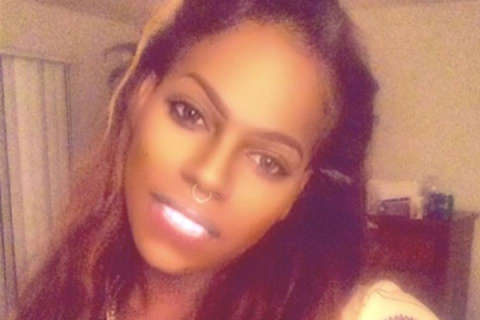