WASHINGTON — Montgomery County police have charged a man with multiple counts of credit card fraud after they released surveillance photos and asked for the public’s help to catch a man they say stole from 11 women’s purses.

Nakym Sheffield, a 39-year-old of Germantown, is accused of entering nine area schools, finding unattended classrooms and offices, removing cash and credit cards, and leaving behind the wallet or purse.

Surveillance photos were released by police on July 7 in hopes someone would recognize the suspect. A tipster helped close the case, Montgomery County police tweeted.

Sheffield was arrested on July 15. The investigation is ongoing. 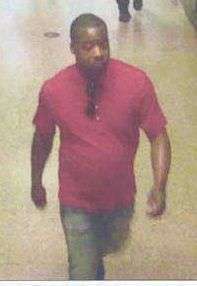