Fifty-year-old John Vigna, of Silver Spring, Maryland, taught at Cloverly Elementary School for over twenty years, and it was a 2016 class on “body safety” that triggered the investigation that led to his arrest and conviction.
Listen now to WTOP News WTOP.com | Alexa | Google Home | WTOP App | 103.5 FM

WASHINGTON — A veteran Montgomery County teacher has been convicted of nine counts of sexual abuse.

Fifty-year-old John Vigna, of Silver Spring, Maryland, taught at Cloverly Elementary School for more than 20 years, and it was a 2016 class on “body safety” that triggered the investigation that led to his arrest and conviction, said Montgomery County State’s Attorney John McCarthy.

McCarthy says that during the February 2016 class — in which children are taught how to identify sexual abuse — teachers noted the physical reaction of one student.

“The person teaching the body safety class watched the girl begin to shrink down, and put her head on the desk,” McCarthy said, adding the instructors talked to the student. “They found out and confirmed their own suspicions that she had been inappropriately touched.”

The investigation led police to ask any potential victims to come forward.

There were five victims named in the 15-count indictment identifying Vigna. One of the victims who came forward is now in her 20s and she told prosecutors she was inappropriately touched by Vigna as far back as 2001.

In one case, a third-grader reported that Vigna would put her on his lap, with his hands on her hips and move her back and forth. When she tried to get off his lap, he would resist.

McCarthy says that’s unusual, but the deliberations began late Friday afternoon, and that the jury in the case indicated that they wanted to continue to work into Friday night.

Vigna faces a maximum sentence of 150 years, but McCarthy says the Maryland sentencing guidelines call for between 20 and 40 years in prison.

McCarthy says in working on child abuse cases, “Most of the kids will tell you, they always thought what was happening was weird, but they didn’t know it was wrong.” 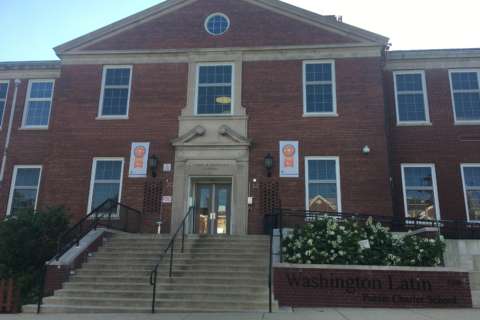