A process that uses DNA to suggest what an unknown person looks like is giving cold case investigators new hope of identifying a suspect in a brutal Maryland murder from 1992.
Listen now to WTOP News WTOP.com | Alexa | Google Home | WTOP App | 103.5 FM
(1/6) 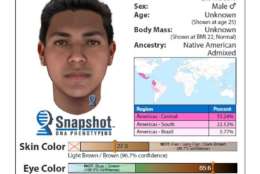 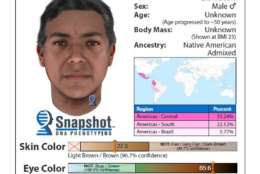 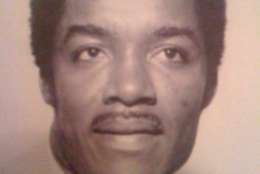 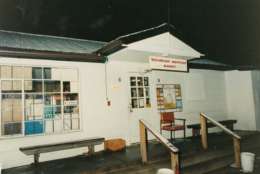 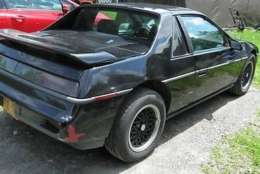 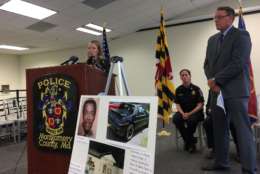 GAITHERSBURG, Md. — A process that uses DNA to suggest what an unknown person looks like is giving cold case investigators new hope of identifying a suspect in a brutal Maryland murder from 1992.

“The goal of this is to help investigators figure out who they should, and especially should not, be looking at,” said Ellen Greytak, director of bioinformatics at Parabon NanoLabs, which developed the process.

“There is a vast majority of people who do not match this composite, which we hope will help them figure out who it could have been,” Greytak said.

Phenotype reports and “snapshot predictions” are based on testing and comparing results of thousands of known people’s DNA to degrees of how likely someone’s eyes might be green or blue, for example.

DNA phenotyping would allow analysts to say with a high degree of confidence that a person does not have a particular eye color, Greytak explained.

The Montgomery County police hope this new tool and image will lead to the suspect who left blood at the Comus, Maryland, murder scene of 57-year-old James Essel on Sunday, March 22, 1992.

Noting that Comus is a small community, investigators think the image might refresh a resident’s memory of someone who lived, worked or commuted through the area.

“Give us the tip that gives closure to this family,” said Captain Darren Francke, the director of the Montgomery County Police Department’s Major Crimes Division, on Monday.

Based on the level of violence involved, detectives believe Essel was either killed in a robbery that went awry or was the victim of vengeance or a crime of passion.

Greytak said DNA phenotyping has been commercially available since late 2014. Since then, about 100 picture profiles have been developed, 12 images led to suspects in cases investigators feel “confident” are now “solved,” and there’s been one court conviction.