WASHINGTON — Rockville police are investigating a hate crime after a Jewish couple received a handwritten letter, containing symbols similar to badges Nazis forced Jews to wear during the Holocaust — a yellow Star of David and the word “Jude,” which is German for Jew.

Yet the police initially said they didn’t believe the note was anti-Semitic.

Mikey Franklin told WTOP he and his wife, Sonya, found the note on their windshield Saturday morning.

“These are horrifying symbols of anti-Semitism and racist oppression that should long ago have been consigned to the dustbin,” said Franklin.

This note was left on my car this morning in Rockville, MD because I’m Jewish and I support #blacklivesmatter. Yes, that’s a yellow star. pic.twitter.com/5Jd4gZfvG8

Franklin said he and his wife hung a “Black Lives Matter” flag from the front of their condominium about 10 days ago. The condo association told them signs were not permitted, and the flag was removed Friday evening.

Motto for 2017: no act of resistance is too small. #blacklivesmatter pic.twitter.com/KwAxY7wtr6 — Mikey Franklin (@mikeyfranklin) January 5, 2017

By the next morning, Franklin and the police said, eggs had been thrown at the family car, a tree was wrapped in toilet paper and the note had been left.

A city officer responded, and interviewed his wife, Franklin said.

On Saturday, Franklin tweeted a photo of the note, written in block letters, which gathered traction on social media.

When contacted by BuzzFeed for a comment Sunday, a department spokesman said, “There’s nothing in there that is referenced that is anti-Semitic.”

Franklin called that statement “unfathomable. … The fact it wasn’t immediately obvious to these law enforcement officers that this was an anti-Semitic letter was deeply shocking and concerning.”

Later in the day, the Rockville police identified the incident on their Facebook page as a hate crime.

Contacted by WTOP Monday, acting Police Chief Bob Rappoport said the initial comments were early in the investigation, and “were based on incomplete information and were incorrect.”

Rappoport said his department “takes this and all hate crimes seriously.”

Franklin said he is pleased the department is investigating the motive behind the note.

“My wife and I were targeted, as Jews, using anti-Semitic imagery and words, but were  targeted because we support Black Lives Matter,” said Franklin. “I think that’s an important distinction.”

The note which was left on Franklin’s windshield refers to 2016 murders of police officers in Dallas and protests in Austin, Texas.

“Your lack of care and racism is very annoying and disgraceful and for this we would like to award you a gold star. Enjoy the mayhem,” the note read.

Franklin has been an activist for several causes, including Jewish Voice For Peace and Fair Pay Campaign. “Someone thought it was acceptable to send an offensive, hurtful, threatening letter to their neighbors, simply because we support a political movement that they disagree with,” he said. 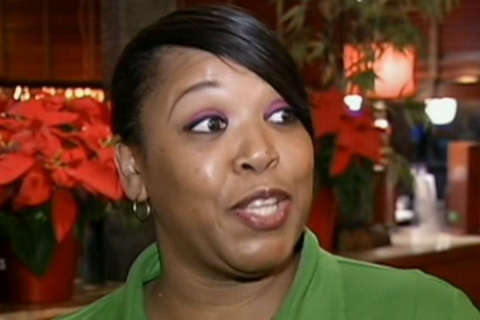