WASHINGTON — Over the last few months, dense vines have been sloughing off tree limbs and sound walls along the Beltway in Montgomery County as the state continues its battle against noxious weeds that have shrouded native plants on the wayside.

More recently, drivers on the Beltway between the American Legion Bridge and Old Georgetown Road have noticed large swathes of dead space where the state’s contractor, Ed’s Plant World of Brandywine, has hacked and sprayed the landscape in its first assault on the intrusive vines.

The team will spend the next 18 months monitoring, treating re-sprouts and planting pollinator-friendly, native plants.

And that means, “folks will see large areas of brown, dying plants,” said Charlie Gischlar with the Maryland State Highway Administration. “We’re trying to get out there and eradicate highly invasive vines. Conditions have been just ripe for these things to almost double in size during the day with the rain and the heat, and it smothers out native vegetation.”

The agency said it will tackle the woody trees and vines with chain saws, clippers and chippers and will resort to herbicides for the hard-to-reach areas.

“We’re using a specific type of spray that is nontoxic to bees or other animals like birds and it’s targeted,” Gischlar said. The contractor is targeting the root system of the weeds with the “low-toxicity” herbicide, he added.

“It’s got a very quick half-life,” he said. “The half-life is one to five days.”

Through the fall of 2018, the state is concentrating on the Beltway in Montgomery County, Route 50 between the South River and Parole, and Interstate 97 between Route 32 and Route 50. The work will take place on the shoulders and off-road and will therefore have a minimal impact on traffic, according to the highway administration.

The project is equal parts habitat restoration and public safety measure. The thick pelt of Kudzu that appeared to be devouring the poles and trees on the roadside in some cases was dangling over the edge of the shoulders.

“This can create a wall if you will and really limit people’s sight distance,” Gischlar said.

Despite its name, the invasive tree of heaven plant is no angel, according to the Nature Conservancy, because it grows rapidly and produces a chemical that can stunt or kill other plants around it. Its shallow roots cause it to easily topple over onto roads during windy weather.

Canada thistle, a bristly spire topped with a pink flower, is so aggressive that federal and state laws require it be managed and controlled in order to support human and environmental health. 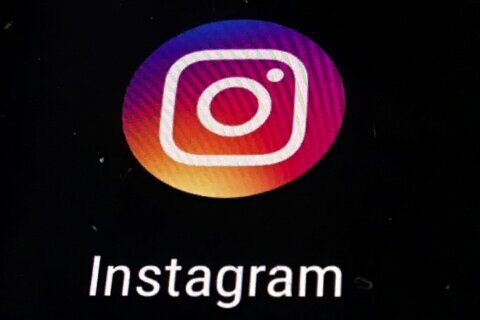