Snow-bound neighbors pitch in to dig out

Many residential streets are among the last roadways plowed, but across the region, neighbors are pitching in to help dig each other out while they wait for the snowplows.
Listen now to WTOP News WTOP.com | Alexa | Google Home | WTOP App | 103.5 FM
(1/2) 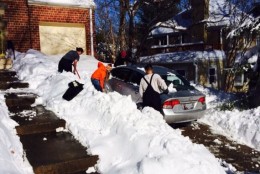 The Montgomery County government is reminding residents that only after it’s finished clearing 1,000 lane-miles of emergency and primary roads will they move snowplows into the neighborhoods.

“I figure it’s going to be mid-week before they get here,” says Lori Keller, a tutor who works out of her home and can patiently await the plows.

Others are eager to see their street cleared so life can return to normal.

“It’s important for me to get to work; I know they’ll plow the street next to me but I won’t be able to get to that street,” says Suzanne Deeds, a property manager whose office is in Tysons Corner.

In acts likely played out in neighborhoods throughout the area, Deeds and others helped shovel out neighbors’ walkways and driveways while awaiting the snowplows.  In some cases, entire families pitched in.

“We’re digging out Gerry Lynn’s car. We’ve got three adults and three teenagers digging it out,” says Jennifer Khovanath, who joined with her husband, Stephan, and 9-year-old daughter, Caley, on the job.

“If you work hard and help others you might get nice rewards because you’ve done something good for the community,” Caley explains.

Once plows move into Montgomery County neighborhoods, the county says, the objective is to simply make the street passable before returning to complete the job.

Longtime residents know that when the plows eventually show up, multiple passes will mean repeated shoveling of driveway entrances.

“They’ll do it a few times.  Every time you shovel away the wall that they build, they come again,” Keller says.

The county warns that in some neighborhoods, snow cannot be pushed to the side but must be hauled out.

If you’re wondering when a plow will head toward your neighborhood, there are some helpful websites to help you track the trucks. Virginia has a snow plow tracker system that lets users see live traffic cameras. In Maryland, certain counties also use online maps to give residents updated plow information. And in the District, the Snow Response Reporting System gives user a look at live road conditions. 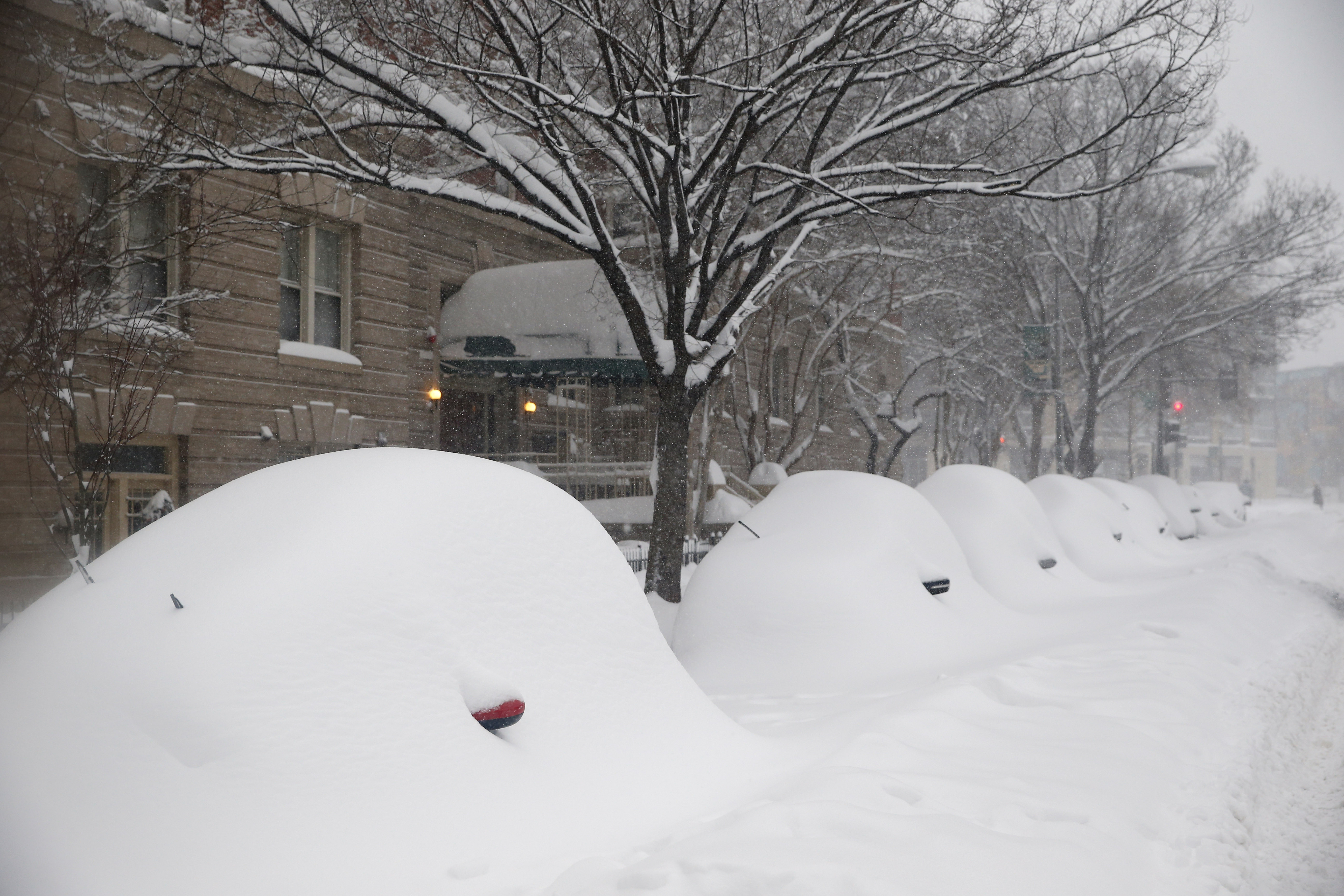 A snowed-in Monday after a day of digging out