WASHINGTON — Two women died within the last day, both struck by vehicles in separate areas of Montgomery County, Maryland.

Michelle Sena Hoyah, 18, of Rockville, Maryland died after being hit by a car at 6 a.m. Thursday on southbound U.S. 29/Columbia Pike at New Hampshire Avenue in White Oak.

The woman was crossing U.S. 29 between New Hampshire Avenue and Oak Leaf Drive when she was struck by a 2011 Toyota Camry driven by Maxwell Larbi, 35, of White Oak, police say.

Hoyah was the second pedestrian fatality in Montgomery County in two days.

On Wednesday, a 95-year-old woman died after being struck by a car while crossing the street in Bethesda.

Just before 7 p.m., Margaret McDowell Wydro of Bethesda, Maryland was on her way to go bowling when she was struck by a 2007 BMW driven by Kenneth Samuel Bravman, 30, of D.C., police say.

Police say Wydro was in the crosswalk, crossing River Road at Springfield Drive, when she was struck.

“Detectives continue to investigate what the traffic signal and pedestrian crossing signal showed at the time of the collision,” according to a Montgomery County police news release.

Anyone with information about either collision is asked to call police at 240-773-6620.

And on Wednesday morning, another pedestrian crash claimed the life of a 72-year-old Reston, Virginia woman. She was struck on Wiehle Avenue in Reston by a 30-year-old Sterling, Virginia-area man, police say. 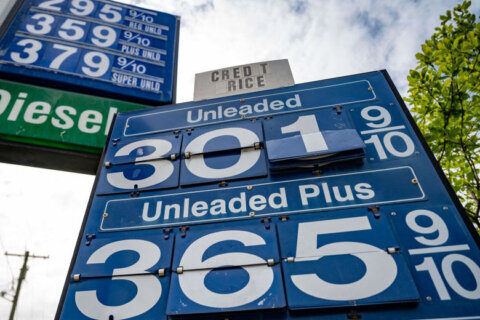