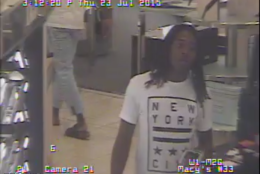 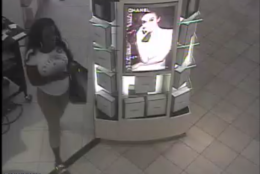 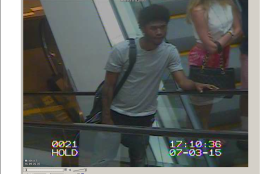 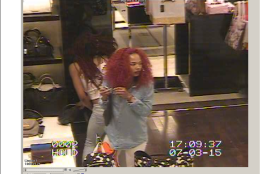 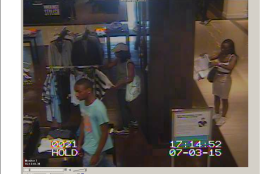 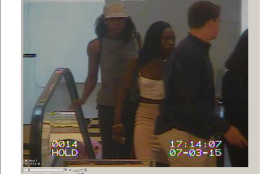 In the first case, several men and women entered the Bloomingdale’s located at 5300 Western Avenue in Chevy Chase at about 5 p.m. July 3. The group began concealing merchandise and attempted to leave without paying.

When officials approached the suspects outside the store, the suspects pepper sprayed and assaulted the officers.

The suspects in this incident are described as black men and women between 15 and 20 years old.

In the second case on July 23, two suspects concealed merchandise and were attempting to leave without paying the Macy’s located at 7125 Democracy Boulevard in Bethesda.

As with the first case, officials who approached the suspects were pepper sprayed.

The suspects in the second instance are described as a black man and a black woman between 20 and 25 years old.

These two robberies are being investigated separately. Police say the incidents and suspects have not been linked.

Anyone with information about the suspects or robberies are asked to call Montgomery County police at 240-773-5100.