WASHINGTON — George Leventhal has seen the future, and it looks like the Lynx Blue Line in Charlotte, North Carolina.

Leventhal, the Montgomery County Council president, told reporters Monday that he’d just returned from a conference in Charlotte and had a chance to ride the light rail.

“And it is a hit!” the veteran councilman exclaimed.

Leventhal says the ride in Charlotte reinforces his belief that the Purple Line — which would run from Bethesda to New Carrollton — would be an asset to the Washington, D.C. region.

While the Purple Line still has skeptics, Leventhal says, Charlotte’s Blue Line did as well. But now, “the very same folks who were skeptical” are eager to see Charlotte extend the Blue Line to the University of North Carolina, Charlottte (UNC-Charlotte), the councilman says.

Leventhal says he’s happy about Governor Larry Hogan’s willingness to go forward with the Purple Line. Yet he’s disappointed to see that a groundbreaking on the project isn’t planned until 2016.

“It’s very clear to me from Charlotte’s experience, that any delay in construction just adds cost,” the councilman says.

Hogan recently announced that the state would fund the Purple Line, but with a much smaller state contribution: $168 million versus $700 million. Hogan also announced a number of changes to the 16-mile line designed to contain costs. 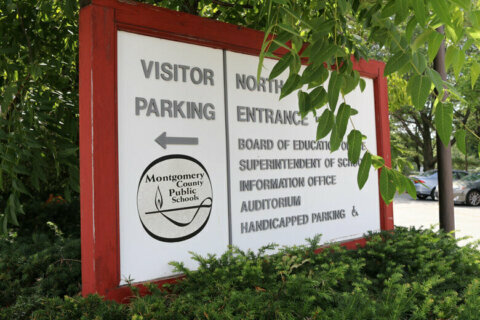