Rangers starter Jon Gray exits with discomfort on left side

Texas Rangers right-hander Jon Gray exited his start against Baltimore in the middle of an at-bat with one out in the second inning Monday night because of discomfort on his left side.
Listen now to WTOP News WTOP.com | Alexa | Google Home | WTOP App | 103.5 FM

ARLINGTON, Texas (AP) — Texas Rangers right-hander Jon Gray exited his start against Baltimore in the middle of an at-bat with one out in the second inning Monday night because of discomfort on his left side.

Gray looked uneasy after Anthony Santander swung and missed on a pitch in the dirt to make the count 1-2. Gray walked around the mound and then left with the bases loaded after a brief visit from an athletic trainer and manager Chris Woodward.

Santander hit the first pitch thrown by reliever Jose Leclerc for an RBI single, and Ryan Mountcastle followed with another RBI single to give the Orioles a 4-0 lead.

Gray allowed four runs (three earned) on four hits in 1 1/3 innings. He struck out three and walked one.

Cedric Mullins led off the game with an opposite-field homer.

Gray signed a $56 million, four-year contract with the Rangers in free agency last winter, and was their starter on opening day. He had two stints on the injured list early in the season (right middle finger blister and left knee sprain), but was 6-2 with a 2.96 ERA over his previous nine starts going into Monday night. 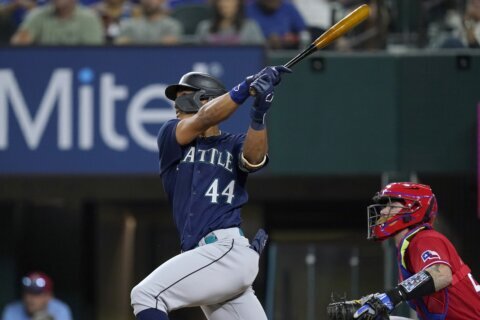 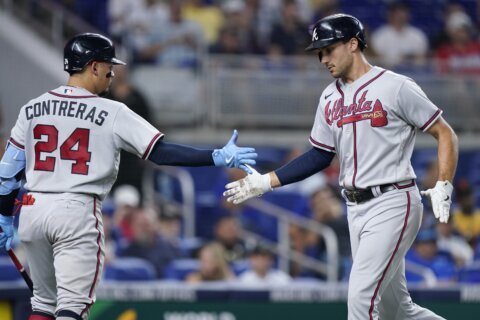 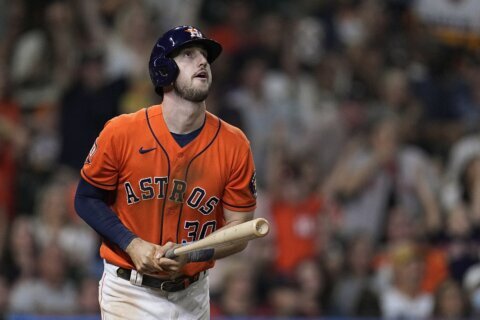