CINCINNATI (AP) — Luis Castillo pitched seven effective innings in likely his final start with Cincinnati, leading the Reds to a 5-3 victory over the Miami Marlins on Wednesday night.

Castillo is one of the top players on the market ahead of Tuesday’s trade deadline. The Reds are last in the NL Central, and the talented right-hander could help push a contender over the top.

“It’s been an absolute pleasure to be around Luis,” Reds manager David Bell said. “He is a Cincinnati Red. That’s how I see it. I absolutely love him and so does every one else in the clubhouse. But we know it’s a business and none of us will stay together forever.”

Castillo (4-4) allowed three runs — including JJ Bleday’s first big league homer — and six hits. He also struck out eight and walked one in his first start since July 14.

“He’s the talk of this trade deadline and you see why,” Marlins manager Don Mattingly said.

Castillo gave Cincinnati fans one last moment after Jesús Sánchez’s RBI double for Miami left runners on second and third with none out in the seventh.

He responded with three straight strikeouts — all swinging. He walked off the mound to a standing ovation, took off his cap, and gestured to the crowd.

“Everything turned out as well as it could have,” Castillo said through a translator. “That last inning was marvelous, two runners on and I was able to punch out the last three. Really it is up to the people upstairs now what happens.”

Nick Fortes also homered for Miami, which has dropped seven of 10. Braxton Garrett (2-4) struck out eight in five innings, but was charged with five runs and seven hits.

Fortes led off the third with his fourth homer, and Bleday opened the fourth with a drive to right in his fifth big league game.

The 29-year-old Castillo signed a one-year, $7.35 million contract in March, avoiding arbitration. He missed all of spring training due to a right shoulder strain and didn’t make his season debut until May 9. But he is rolling now, improving to 2-0 with a 1.58 ERA in his last five starts.

After Castillo departed, Alexis Díaz got three outs before Hunter Strickland earned his sixth save.

“I don’t know what is going to happen next,” Castillo said. “I have been here for five years. The Reds are the team that gave me the opportunity to pitch in the big leagues. I would like to be in a Reds uniform the rest of my life, but baseball is a business.”

Bleday’s first homer landed in the Marlins’ bullpen in right field. Bleday plans to give the ball to his family.

He said hitting his first homer off a top pitcher like Castillo made it more special.

“He had electric stuff,” Bleday said. “He got me on a heater up my first AB. I got something more off-speed and down the second time. He was pretty good tonight.”

Reds: OF Albert Almora Jr. was sent to Triple-A Louisville for a rehab assignment. He has been on the COVID-19-related injured list.

Marlins: SS Miguel Rojas felt something in his back during warmups and was held out of the lineup. … RHP Zach Pop left his outing on Monday with a blister on his throwing hand. He is getting laser light treatment and plans to throw off the mound Thursday. … RHP Max Meyer had an MRI on Monday which is still being evaluated by doctors. There was no update on the extent of his injury.

Hard-throwing rookie Graham Ashcraft (4-2, 4.70 ERA) makes his 12th start for Cincinnati in the finale of the four-game series. Ashcraft has 40 strikeouts in 59 1/3 innings. The Marlins have not announced their starter for Thursday. 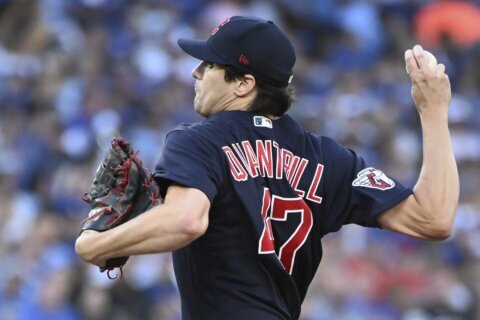 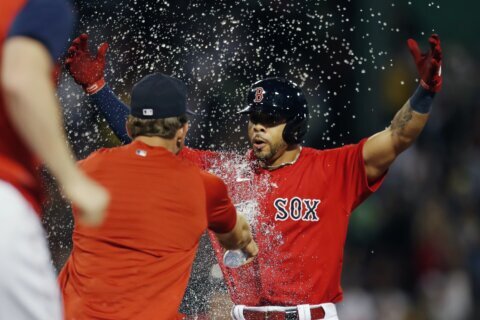 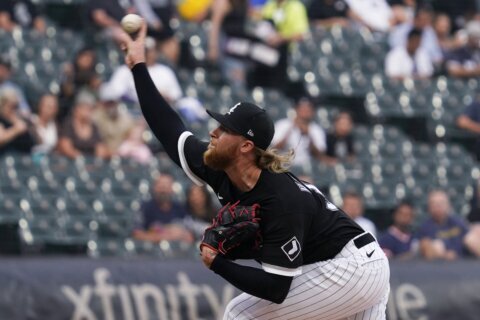