Brendan Donovan added a two-run double for St. Louis, which rallied from a 5-0 deficit.

Michael Chavis and Diego Castillo homered for the Pirates, who have lost a season-high seven straight games.

St. Louis has won six of seven against its NL Central rival this season.

Goldschmidt broke a 5-all tie with his 13th homer off reliever Chris Stratton (3-3).

“We just try to have good at-bats, whether we’re winning, losing or tied,” Goldschmidt said. “We did a good job of it tonight.”

Carlson punctuated a five-run outburst in the sixth with a three-run homer that tied the game. He has reached safely in 19 successive games against Pirates.

“He’s one of the better young hitters in this entire game,” St. Louis catcher Andrew Knizner said of Carlson. ”He’s a guy that can change the game with one swing of the bat.”

St. Louis manager Oliver Marmol was pleased with the way his team stuck with the game plan, despite the five-run deficit.

“That says a lot about this group,” Marmol said. “They know what they’re capable of. There was no panic in there. They knew it was a matter of time. They were taking good swings and weren’t dropping and they still put together some quality at-bats.”

Giovanny Gallegos (2-2) picked up the win with a scoreless inning of relief. Ryan Helsley recorded his fifth save in seven chances.

Chavis unloaded off St. Louis rookie left-hander Zack Thompson, who was making his first major league start and allowed five runs on seven hits over five innings. Chavis’ home run capped off a four-run fifth that put the Pirates up 5-0. He has three home runs and eight RBI in his last five games against St. Louis.

Pittsburgh has 17 home runs in its last 13 games.

“We just threw too many balls in the middle of the plate,” Pittsburgh manager Derek Shelton said. “We just have to execute pitches.”

The Cardinals are 15-11 in games played with a first-pitch temperature of 100 and over since 1903. The forecast for Tuesday’s first game of a day-night doubleheader is 102. The Cardinals last game with a triple-digit start was a 3-2, 12-inning loss to the Los Angeles Dodgers on July 25, 2012. All 26 games were played in St. Louis.

Pirates: RHP Duane Underwood Jr. was placed on the COVID-19 injured list prior to the game.

Cardinals: RHP Jack Flaherty will likely make his third and final rehab start on Wednesday at Triple-A Memphis. Flaherty has been sidelined since the start of the season with a right shoulder ailment.

St. Louis LHP Matthew Liberatore (1-1) will face RHP JT Brubaker (0-6, 4.60) in the first game of a day-night doubleheader on Tuesday afternoon. Liberatore allowed four runs on seven hits over 4 2/3 innings in his major league debut at Pittsburgh on May 21. Brubaker will be looking for his first win since beating Arizona on Aug. 24, 2021. 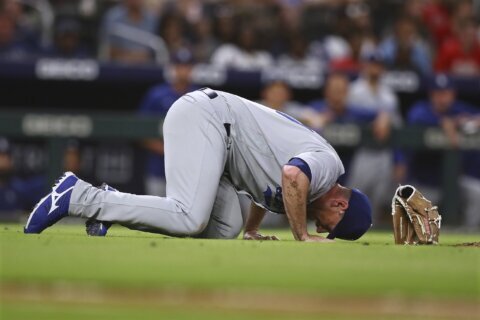 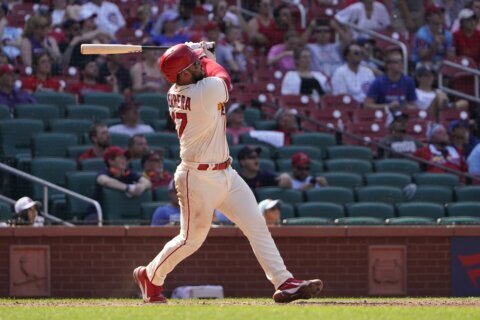 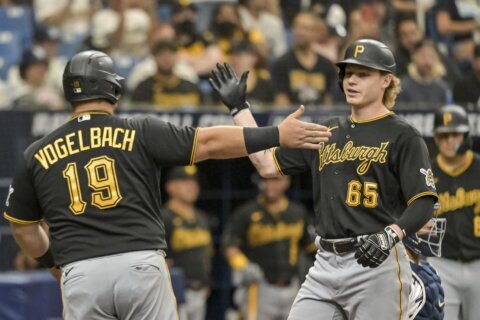