SAN DIEGO (AP) — Jorge Alfaro singled home the winning run with one out in the 11th inning to give the San Diego Padres a 3-2 victory over the Arizona Diamondbacks on Tuesday night.

“It’s good to see his approach morphing into something we can really work with right now,” Padres acting manager Ryan Christenson said. “He has tightened that zone up a lot here of late this year and that has added to him being able to have some success and have some big hits for us.”

Eric Hosmer hit a tying homer in the sixth for the Padres, who played their second game without Manny Machado since the star third baseman sprained his left ankle Sunday at Colorado.

Following an intentional walk to Hosmer, Alfaro singled through the left side off Ian Kennedy (3-4) to score pinch-runner Jose Azocar from second base.

“My first swing I tried to cut the ball in half. I stepped out and had to relax,” Alfaro said. “I put it on the ground and it got through. Azocar can run so I was like screaming, `Score, score, please!’”

Tim Hill (2-0) retired Carson Kelly with the bases loaded to end the top of the 11th.

“It was a great game by both teams as far as pitching,” Christenson said.

The Diamondbacks took a 2-0 lead in the third against starter Sean Manaea. After a one-out walk to Geraldo Perdomo, Luplow hit a sinking line drive to center that onrushing outfielder Trent Grisham tried to catch with a dive. But he came up just short, and the ball bounded past him and rolled to the wall.

“I thought Grisham had a bead on it,” Christenson said. “I love the aggressiveness. Grisham is a Gold Glove outfielder so if he thinks he had a chance to make a play on that ball right there, then I have all the confidence in the world he is going to make that play nine out of 10 times.”

Luplow scored easily on his first career inside-the-park home run and the first for the Diamondbacks since Kole Calhoun hit one on Aug. 5, 2020, against Houston.

The Padres narrowed their deficit to 2-1 in the bottom half against Arizona starter Zac Gallen. C.J. Abrams singled and scored from first on Kim’s double to left-center.

Hosmer homered to center off Gallen with two outs in the sixth.

“It was great to see him hit that home run,” Christenson said. “That was a huge homer, obviously. Tied the game up right there.”

Gallen struck out 11 in six innings, giving up two runs and five hits.

“I think I had everything working the first few innings. I felt really good,” Manaea said. “I think my slider could have been a little bit more consistent.”

Diamondbacks: 2B Buddy Kennedy exited in the fourth with left rib discomfort.

Padres: RHP Joe Musgrove was cleared to come off the COVID-19 injured list but not activated yet. Musgrove was put on the IL on June 17 after he tested positive. He worked out Tuesday at Petco Park ahead of his scheduled start Thursday. … Two days after Machado’s ankle sprain, he remains bruised and sore but has not been put on the IL. The Padres remain optimistic about getting him back soon. “I wouldn’t put anything past Manny at this point,” Christenson said. “Especially since he’s up there moving around a little bit on it. … It’s very encouraging the way he’s bounced back so far.” If the Padres determine Machado’s absence will linger for 10 days or more, an IL stint could be backdated to Monday, so long as the team makes that move before Thursday’s game against the Phillies.

Christenson said manager Bob Melvin, who has been in COVID-19 protocol since June 11, is expected back at the helm Wednesday for the series finale. Christenson entered protocols the same day as Melvin and was cleared to return to the team Monday — the last game Ryan Flaherty filled in as acting manager. 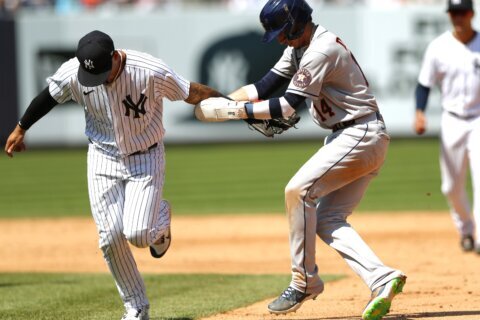 Yankees’ Judge walks off Astros for 2nd time in 4 days 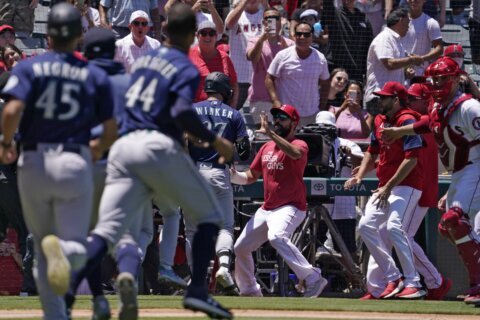 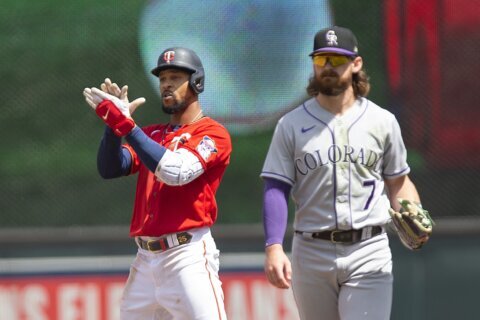