That ended up being Keuchel’s most successful season in Chicago. The veteran left-hander was designated for assignment on Saturday.

“Given the back of the baseball card, so to speak, we wanted to give him the opportunity this season to get back on track,” general manager Rick Hahn said. “There was not a magic number of starts, necessarily, that were required before we made that decision.”

The 34-year-old Keuchel was tagged for six runs and seven hits in two innings in Thursday’s 16-7 loss to the Red Sox. Hahn said they had a “heart-to-heart” conversation the next day.

“He expressed his own disappointment that he wasn’t able to deliver on what we needed from him,” Hahn said.

The White Sox also have Lucas Giolito, Michael Kopech, Dylan Cease and Johnny Cueto in their rotation, and Lance Lynn is coming back from right knee surgery. Vince Velasquez made seven starts for the team before pitching three hitless innings in relief on Tuesday night.

If he is released, another team could sign him for a prorated share of the $700,000 minimum, with the White Sox responsible for the rest.

“You’ve got to look at the career,” manager Tony La Russa said. “He’s got a lot to be proud of. … I don’t think anyone in this uniform wouldn’t trade their career going forward the next 10, 12 years for what he’s done.”

Keuchel had a solid first year in Chicago, going 6-2 with a sparkling 1.99 ERA in 11 starts during the pandemic-shortened 2020 season. But he struggled last year, finishing with a 5.28 ERA in 32 games. 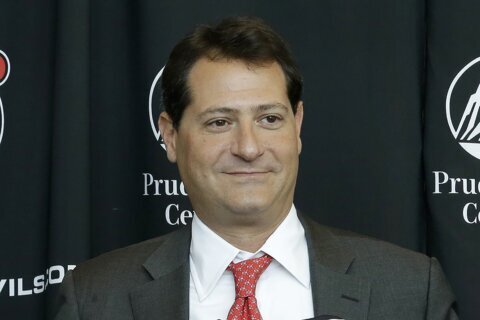