The Rays have put shortstop Wander Franco on the 10-day injured list with a right quadriceps strain, the latest setback for the injury-plagued team.

Franco aggravated the injury running the bases in the ninth inning of Monday’s 9-5 loss at the Texas Rangers. He was replaced by a pinch-runner after taking a hard turn around first base on a single before stopping and returning gingerly to the bag.

The right quad has been bothering the 21-year-old Franco for a couple of weeks, and he is now sidelined along with second baseman Brandon Lowe. Lowe has been out since May 16 with lower back tightness.

“It’s pretty obvious he’s been playing through a lot as of late,” Tampa Bay manager Kevin Cash said of Franco. “It probably makes the most sense to see if we can calm this down, get some treatment, get his legs underneath him and he’ll be better for it.”

Franco, who’s hitting .270, had his first three-hit game since May 9 in the series opener against the Rangers. In the 16 games between, he hit just .107 between those games and hasn’t homered since hitting his fourth on April 26.

MAKING A NAME FOR HIMSELF

In a Yankees rotation with All-Stars, left-hander Nestor Cortes (4-1, 1.70 ERA) has been a standout this season.

The 27-year-old Cortes has allowed three earned runs or fewer in all nine of his starts this year going into this outing against the Los Angeles Angels and Reid Detmers (2-2, 4.65) at Yankee Stadium.

Cortes will try to match his career high for wins, set when he went 5-1 as a rookie reliever for New York in 2019.

The Mets have optioned first baseman/outfielder Dominic Smith to Triple-A Syracuse amid a slow start to the season for the 26-year-old.

Most everything has gone right this year for the NL East-leading Mets, but Smith has been a disappointment. Slugger Pete Alonso is set at first base for New York and it was thought Smith might help solidify the designated hitter spot.

Smith batted .316 during a breakout season in 2020, but the former first-round pick has struggled to replicate that success. He is hitting .186 this season without a home run in 101 plate appearances and with a .543 OPS. Smith has played parts of six seasons in the majors and hasn’t played regularly at Triple-A since 2018. 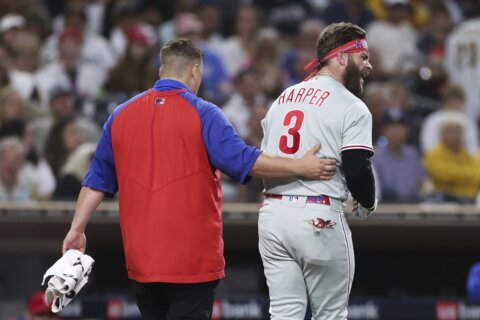 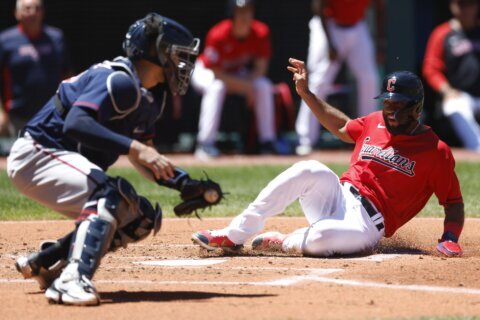