FOURTH OF JULY NEWS: Sheetz dropping gas prices through July 4th | Where to watch fireworks at National Mall | FAQ: ‘A Capitol Fourth’ returns live | Get up early if driving out of town
Home » MLB News » Acuña's 1st game in…

MIAMI (AP) — Ronald Acuña Jr. led off the game with a deep double and later singled and stole a base as the Atlanta Braves beat the Miami Marlins 5-3 Friday night in his first game at the stadium where he sustained a season-ending knee injury last year.

Marcell Ozuna homered for the third consecutive game, while Dansby Swanson and Travis d’Arnaud also went deep for the Braves.

Jorge Soler hit his eighth homer for Miami. It was his first against Atlanta since he was the MVP of the World Series for the champion Braves last season.

Acuña didn’t play in the World Series after tearing his knee in a game at Miami on July 10. Because of the synthetic surface at loanDepot Park, the star outfielder is scheduled to be the designated hitter during the weekend series.

“We’re going to keep him off this turf,” Atlanta manager Brian Snitker said. “If this had been a natural grass (surface), he’d be playing the outfield.”

Although he is barred from playing defense in the series, Acuña tormented the Marlins with his early double.

“That is my game, to go out and have fun,” Acuña said in Spanish. “I also have to maintain my patience and approach everything step by step.”

Collin McHugh got the final two outs of the sixth and Spencer Strider followed with a scoreless seventh. A.J. Minter got three outs around pinch-hit Garrett Cooper’s double in the eighth and Will Smith closed with a scoreless ninth for his second save.

“I felt I threw well until the sixth inning,” Morton said. “It’s tough because I thought I could have finished that inning at least. So that was frustrating but the bullpen came in and shut it down. Did a good job.”

Atlanta struck quickly against Trevor Rogers (2-5) in the first. Ozzie Albies hit a single that scored Acuña, and Ozuna followed with a two-run shot.

“The work you do every day and having confidence in your approach at the plate,” Ozuna said in Spanish of his recent power surge.

Swanson made it 4-0 when he led off the second with his fifth homer.

The Marlins narrowed the gap on Bryan De La Cruz’s RBI single in the bottom half before d’Arnaud connected off Rogers for a solo homer in the third.

Soler’s two-run shot off Morton in the sixth got the Marlins within 5-3.

Miami finished 1 for 11 with runners in scoring position.

“You’d like to get them across,” Marlins manager Don Mattingly said. “Sometimes, you’re going to get a bunch across. Sometimes, it’s kind of hard to get any — maybe you get one or two.”

“I was missing location, and they really had a good game plan,” Rogers said. “I didn’t give our team a chance at all today. This one’s on me.”

Braves: Morton said he felt fine after absorbing a shot to his calf off Jesús Aguilar’s hard grounder in the third. 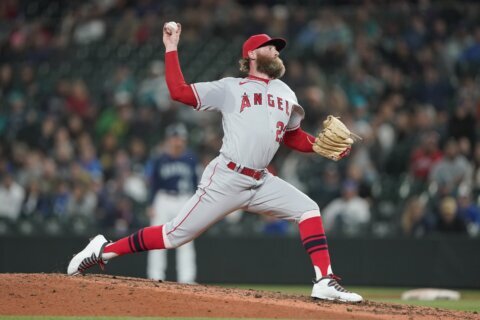 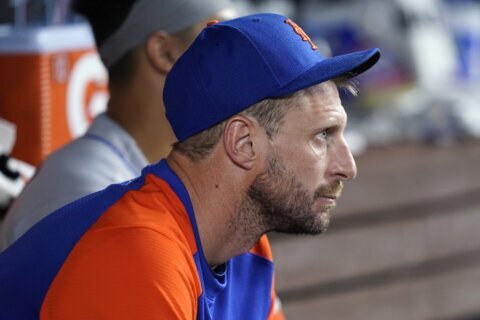