LEADING OFF: Scherzer back home in St. Louis, Houck out

Mets ace Max Scherzer is pitching back in his hometown, starting a three-game series at St. Louis.

Scherzer is trying to become the first four-game winner in the majors. In his first season with New York since signing a $130 million, three-year contract, he is 3-0 with a 2.50 ERA, 12 strikeouts and one walk in 11 innings.

In their first year under manager Buck Showalter, the Mets have opened the season by winning five straight series, matching a franchise record set in 2018.

Red Sox right-hander Tanner Houck will miss his turn in the rotation when Boston plays at Toronto. Houck is unvaccinated and not allowed to travel into Canada.

Houck was used in relief Sunday, retiring five straight batters in a 5-2 loss at Tampa Bay.

Joc Pederson and the San Francisco Giants (11-5) are 7-3 on a four-city road trip that wraps up with one game in Milwaukee — a matchup between 2021 division champions. The teams will play the other two games of the rescheduled series in a Sept. 8 doubleheader.

NL Cy Young Award winner Corbin Burnes (1-0, 2.37 ERA) starts for the Brewers (10-6), who return home from Philadelphia for a day before heading back out on the road to Pittsburgh.

The Cleveland Guardians will see how breakout rookie Steven Kwan is feeling, a day after he was pulled from a game because of tightness in his right hamstring.

Manager Terry Francona said Kwan’s removal from a 10-2 loss at Yankee Stadium was “kind of was preventative” and that the outfielder was day to day.

Kwan felt cramping in his hamstring after flying out in the third inning. The 24-year-old Kwan crashed into the outfield wall chasing a ball Saturday and was shaken up, but he remained in the game. Francona said before Sunday’s game that Kwan was “a little beat up” but well enough to play.

Colorado’s Kyle Freeland looks for his first win since agreeing to a $64.5 million, five-year contract, taking the mound for a series opener at Philadelphia. 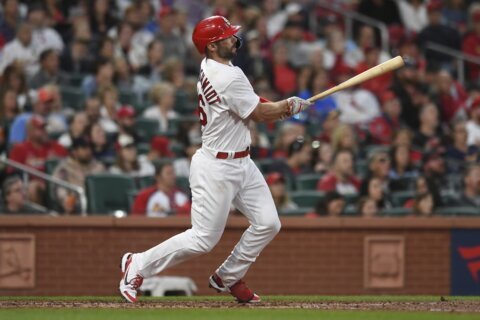 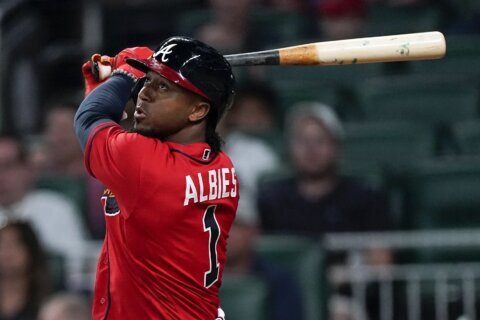 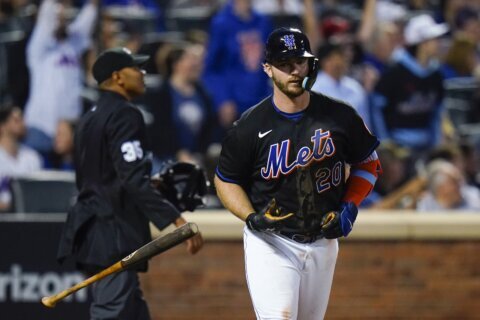