Most baseball minor leaguers to be provided their own beds

CHICAGO (AP) — Most minor league players will get their own beds provided in team housing under a new Major League Baseball policy.

Stepping up improvements for minor leaguers after widespread criticism, MLB’s housing policy will require teams to provide furnished accommodations, with a single bed per player and no more than two players per bedroom. The housing must be “located at a reasonable, commutable distance from the ballpark,” the commissioner’s office said Thursday. Teams will be responsible for basic utility bills.

“To the extent that apartments, rental homes or host families are not feasible,” MLB said, “clubs may choose to provide hotel rooms that satisfy standards put in place.”

While teams generally arrange for hotel accommodations for road trips, players largely had been left to find their own housing for homestands. Players retain the right to opt out of team-provided housing.

“This is a historic victory for players, who forced the league’s hand by speaking up throughout the 2021 season,” Advocates for Minor Leaguers director Harry Marino said in a statement. “Let there be no mistake: this victory is the product of collective action by players. While the magnitude of the victory cannot be overstated, it is important to recognize that minor league players had no formal say regarding the details of the plan.”

After successfully lobbying Congress to exempt minor leaguers from federal minimum wage laws, MLB raised wages between 38% and 72% when the minor leagues returned in 2021 from a one-season absence caused by the COVID-19 pandemic. Players at rookie levels saw the weekly minimum rise from $290 to $400, players at Class A from $290 to $500, at Double-A from $350 to $600 and at Triple-A from $502 to $700. Players are paid only in-season.

MLB took over operation of the minors from the National Association of Professional Baseball Leagues and cut minor league affiliates from 162 to 120 for this past season. There are four per big league team — Triple-A, Double-A, High-A and Low-A — and additional clubs are allowed at spring training complexes and in the Dominican Republic. Under the changes, big league teams are an average of 200 miles closer to their Triple-A affiliates, allowing most to be within driving distance of their parent team.

“The owners went into our first season modernizing the player development system focused on addressing longstanding issues that have impacted minor league players for decades,” MLB executive vice president of baseball operations Morgan Sword said in a statement. “Owners knew that a change of this scale always meant that more work would need to be done to achieve our shared goals. This step forward recognizes that the unprecedented nature of the past two years has further exacerbated affordable housing challenges across the country that existed before the pandemic. The owners are confident that this investment will help ensure that minor league players have every opportunity to achieve their dreams of becoming major leaguers.”

“The disturbing reality is that many players are currently working second, or even third, jobs just to make ends meet,” Marino said. “Housing is just one aspect of MLB’s fundamentally flawed minor league system.” 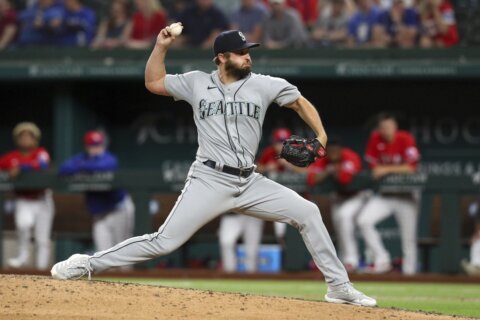