Odubel Herrera hit a three-run homer and doubled for the Phillies, who increased their NL East lead over New York to 1 1/2 games. It is Philadelphia’s longest winning streak since September 2012.

“It’s been fantastic and it’s come from so many different places,” manager Joe Girardi said. “It takes a lot of people and they’re stepping up.”

The Mets have lost six of seven and eight of 10. They had just two hits before Michael Conforto, Jonathan Villar and James McCann started the ninth with three consecutive homers to match a club record.

Two more batters reached base before new closer Ian Kennedy struck out slumping Pete Alonso and J.D. Davis for his 18th save and second with the Phillies.

“You can’t keep saying, ‘We’ll get them tomorrow,’” McCann said, “because then you look up in September and it’s too late. But there’s a difference between a sense of urgency and panic. We can’t get caught up in the negativity. We have to stay within ourselves and don’t listen to the outside noise.”

A double by pitcher Tylor Megill and an infield single by Javier Báez were the only Mets hits through eight innings.

Girardi had Kennedy ready to start the ninth, but chose to bring in rookie lefty Mauricio Llovera after Miller’s solo homer in the eighth made it 5-0.

New York took advantage of Llovera, who was making his fifth career appearance, as Conforto, Villar and McCann all cleared the wall in right to make it 5-3. Girardi then summoned Kennedy, acquired in a trade-deadline deal with Texas on July 30.

Kevin Pillar greeted him with a hard single, but pinch-hitter Jeff McNeil fouled out before Brandon Nimmo walked. Kennedy then whiffed Alonso and Davis to end it.

Alonso is hitless in his last 17 at-bats and the Mets are 1 for 13 with runners in scoring position during the first two games of the series.

“We just need the offense to back up our pitching so they can pitch with less stress,” manager Luis Rojas said.

Asked whether he was concerned about his job security due to the slide, Rojas said he’s focused on what he can control while acknowledging the Mets need to turn things around.

“My focus will always be on the team and nothing more than that,” he said. “We have to win games and if my focus is not there, I’m disrespecting everyone wearing this uniform. I have to be ready to help the guys get ready for the game tomorrow. We have to win tomorrow.”

Ranger Suarez, making his second straight start after coming out of the bullpen in his first 28 appearances, opened with 2 2/3 hitless innings for Philadelphia. The 25-year-old lefty lowered his ERA to 0.98.

Megill (1-2) cruised through four shutout innings, allowing one hit, before the Phillies scored four runs in the fifth.

Miller, subbing for injured first baseman Rhys Hoskins, led off with a long homer to right-center. A double and a walk put runners on first and second with two outs for Herrera, who sent the first pitch he saw, a 95 mph fastball, into the second deck in right.

“Our big boys have carried a lot of the weight,” Miller said, “but we have a lot of guys contributing, which is necessary if you want to play in October.”

Megill was lifted one batter later after giving up a single. The rookie right-hander permitted four runs and five hits with five strikeouts and a walk in 4 2/3 innings.

The Mets have totaled 20 runs in their last eight defeats. Rojas stacked the lineup at the outset with right-handed hitters in hopes of countering Suarez, to no avail. The lefty batters who came in to face Philadelphia’s relievers didn’t fare better — until the ninth.

The mostly lackluster performance helped silence the large contingent of Mets fans among the spirited 37,057 in attendance. That included the entire second deck in left field occupied exclusively by New York fans. The only home crowds bigger this season in Philadelphia came during a two-game June series against the New York Yankees when 38,450 and 38,512 watched the Phillies win a pair.

Alec Bohm made another error at third base after committing two in Friday’s 4-2 victory over New York.

The Phillies inducted Manny Trillo into the club’s Wall of Fame during a pregame ceremony. The second baseman spent four of his 17 seasons in Philadelphia, winning three Gold Gloves and two Silver Slugger Awards during that stint. The four-time All-Star helped the Phillies win the 1980 World Series.

Mets: SS Francisco Lindor (right oblique strain) is progressing in his rehab, but Rojas said there’s still no timetable for his return. … RHP Jacob deGrom (right forearm tightness) left the team due to a family matter, Rojas said. The two-time Cy Young Award winner will rejoin the Mets in New York on Tuesday night when they open a six-game homestand. He was shut down for two weeks on July 30.

Phillies: Hoskins (groin) didn’t play for the second straight day. … SS Didi Gregorius was out of the lineup a day after being hit on the left elbow by a pitch. … RHP Chase Anderson (right triceps tendinitis) was placed on the 10-day IL. … 2B Jean Segura was hit in the hand and face by a pitch from Yennsy Diaz in the seventh. Segura stayed in the game to run the bases but was replaced in the field to start the next inning. Girardi said X-rays were negative and was optimistic Segura would be in the lineup Sunday. 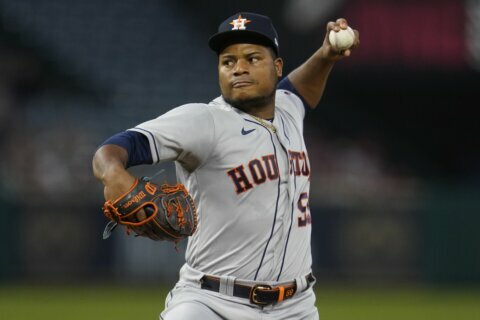 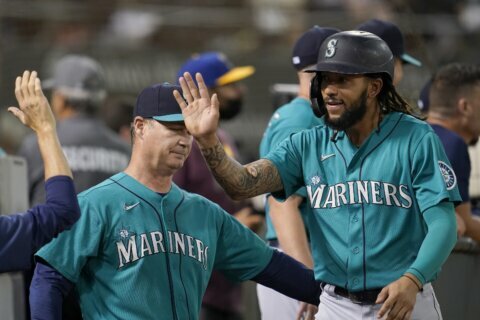 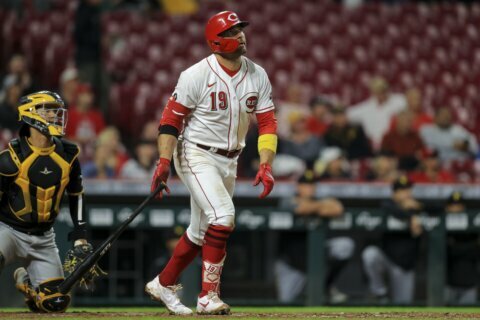