That’s why his typically brilliant performance Tuesday night was such a welcome sight in a sea of bad news.

The two-time Cy Young Award winner struck out nine in his successful return from the injured list, and Tomás Nido hit a tiebreaking homer to send the depleted Mets to a 3-1 victory over the Colorado Rockies.

Back from a bout with tightness on his right side, deGrom gave up only Ryan McMahon’s home run in five innings of three-hit ball. He fired his usual assortment of 100 mph fastballs and nasty sliders during his first major league outing since May 9.

“It felt like a really long time,” deGrom said. “I hate not going out there. For me, it feels like you’re letting the team down.”

The nimble right-hander walked none and was removed after 63 pitches. He also singled at the plate for his eighth hit in seven games this season.

“Everything felt good. Body felt good,” said deGrom, who is pretty sure he hurt himself on a swing against Arizona.

He fanned eight over three innings last week in a rehab appearance for Class A St. Lucie, then came back Tuesday to give the Mets a big boost.

“He was outstanding,” manager Luis Rojas said. “This is who he is, just a complete baseball player.”

Nido connected for a two-run shot off Chi Chi Gonzalez (2-3) in the sixth after Dominic Smith singled. Nido stopped at second when umpires initially ruled his drive hit the top of the wall, but they changed the call to a home run without benefit of replay following a huddle in the infield.

Cameras showed the ball indeed barely cleared the fence in left-center before bouncing back onto the field.

Nido waved his arms to spur on the Citi Field crowd as he finished rounding the bases with his third homer of the season. The backup catcher has been pressed into more regular duty lately because New York has 16 players on the injured list, most in the majors.

Despite all the injuries, the Mets (22-20) lead the NL East. They snapped a three-game slide and won for the fourth time in 11 games.

Colorado, which had won a season-best four straight, fell to 3-18 on the road.

A trio of Mets relievers combined for four hitless innings. Miguel Castro (1-1) struck out four in two innings, Trevor May worked the eighth and Edwin Díaz whiffed three in the ninth for his eighth save, completing a three-hitter.

“I’m not sure I’ve ever seen a game where every opponent’s fastball was over 95 mph,” Rockies manager Bud Black said. “That was something.”

Gonzalez relieved Kyle Freeland, who permitted one run and four hits with five strikeouts over four innings in his season debut.

Freeland, fourth in 2018 NL Cy Young Award balloting, had been sidelined with a strained pitching shoulder since his spring training start on March 23.

“I definitely wanted to get deeper in the game,” Freeland said. “But overall, I’m pleased with everything — especially my health.

“Today was a good first step of getting back into things.”

New York pulled off a double steal in the first inning and Jonathan Villar scored on an RBI groundout by James McCann.

After the game, the Mets announced a trade. They acquired outfielder Billy McKinney from the Milwaukee Brewers for minor league left-hander Pedro Quintana.

Rockies: Freeland was reinstated from the 10-day injured list. To make room on the roster, LHP Lucas Gilbreath was optioned to Triple-A Albuquerque after Monday night’s game.

Mets: RHP Noah Syndergaard was pulled from his second rehab outing with Class A St. Lucie after one inning because of soreness in his pitching elbow. Syndergaard is coming back from Tommy John surgery on March 26 last year. The team said he was removed from the game as a precaution. “No one’s overly concerned,” Rojas said. “It just didn’t feel right.” … 3B J.D. Davis (sprained left hand) left his rehab assignment at Triple-A Syracuse and returned to New York for more treatment as the club determines the next step. Tests showed inflammation in Davis’ joints, Rojas said. … RHP Taijuan Walker threw live batting practice to two hitters and Rojas said it was “very encouraging.” Walker is scheduled to play catch Wednesday and throw a “touch and feel” on Thursday. Rojas said he doesn’t expect Walker to need a rehab start before returning to the rotation. He has been out since May 18 due to tightness in his right side. … Rookie CF Johneshwy Fargas (sprained AC joint in his left shoulder) will likely be placed on the injured list Wednesday. … Before the game, RHP Jordan Yamamoto went on the 10-day IL, retroactive to Monday, with right shoulder soreness. Afterward, he was transferred to the 60-day IL to make room for McKinney on the 40-man roster. … INF Jake Hager was claimed off waivers by Milwaukee. 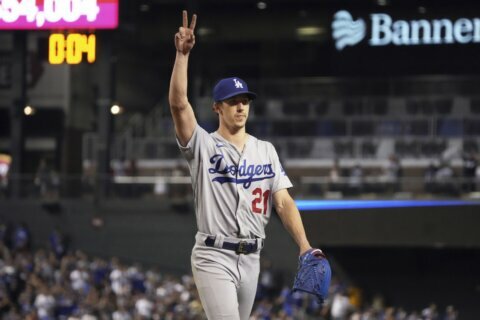 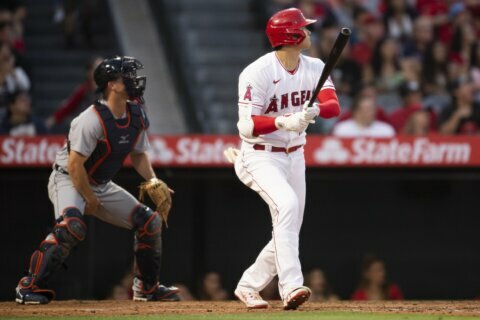 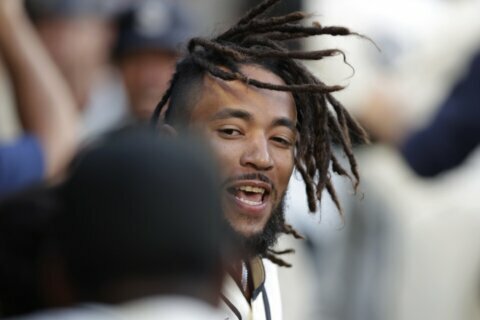