OAKLAND, Calif. (AP) — The Rays and A’s played a pair of tough series in a span of two weeks, splitting four games in Florida before three more nail-biters in the Bay Area.

Willy Adames hit a three-run homer in the fifth, Mike Brosseau added a tiebreaking drive the following inning and Tampa Bay held off Oakland 4-3 on Sunday to avoid a sweep.

These two AL pennant contenders know this might not be the last time they see each other this season, either — all their games were close until the end and decided by two or fewer runs aside from Oakland’s three-run victory Saturday.

“It was just a really good seven games that we played against them in the past two weeks,” Oakland starter Cole Irvin said. “Hats off to them — they’re the reigning AL champions. They’ve got a good ballclub to begin with. If we have similarities with them, that’s a good sign for us.”

Oakland squandered a chance in the eighth when Matt Olson hesitated on Andrew Kittredge’s passed ball and was thrown out at third by catcher Mike Zunino.

Jeffrey Springs (3-1) struck out two in the fifth for the win. Kittredge got five outs for his second save.

Irvin (3-4) was looking to build on a career-high nine strikeouts his last time out that gave him 29 Ks over his past four starts while going 3-1.

But he couldn’t hold a 3-0 lead and wasn’t as dominant as in recent outings. Irvin allowed four runs — three earned — and four hits over six innings, with three strikeouts and a walk.

The Rays wrapped up a 5-2 visit to California.

“It was tough. Irvin had us off balance, we hit some balls hard … but he pitched really well, made it tough,” Cash said. “That was a big hit by Willy, big hit by Bross. Good to see the guys bounce back after getting down 3-0, really salvage a road trip.”

Rays lefty Shane McClanahan gave up three runs on four hits in four innings, struck out five and walked two. He has pitched four innings in each of his four starts.

The A’s faced a left-handed starter for the seventh time in eight games and ninth in 11.

Sergio Romo struck out the side in order in the seventh, then fellow Oakland reliever Burch Smith pitched two perfect innings with two strikeouts in his first appearance since coming off the injured list following a groin strain.

Sunday marked 11 years since Dallas Braden’s Mother’s Day masterpiece, when he pitched a perfect game against the Rays here on May 9, 2010. Highlights of the lefty’s gem were shown on the main scoreboard.

“Dallas had just really good command that day,” Kapler said. “His ball was sinking, sinking away from us right-handed hitters and he had a nice backdoor breaking ball working, and he was working fast. One of the things that we ask of our pitchers, like, really pushing the pace of the game.

“That game went really fast. Being on the other side — we have also been on the side of Mark Buehrle’s gem — you never want to be in that position and you’re going to scratch and claw to try to ensure that doesn’t happen. He just beat us that day.”

Braden pitched the A’s first perfecto since Hall of Famer Jim “Catfish” Hunter on May 8, 1968, against the Minnesota Twins.

A’s President Dave Kaval is aiming for a “grand reopening” July 2 against the Red Sox with fireworks ahead of July 4 and more fans in the lower bowl of the Coliseum if COVID-19 restrictions soften in Alameda County and social distancing isn’t as necessary outdoors.

“We’re thrilled that fans are back in the building. It’s really exciting to see everyone out here on Mother’s Day, a lot of really good energy,” Kaval told The AP. “We’re excited to have more fans, hopefully a grand reopening in early July without the social distancing. It could be a great thing, the fireworks, could be amazing.”

Rays: CF Kevin Kiermaier went on the 10-day injured list with a sprained left wrist that he hurt trying to steal second base in the second inning Saturday. X-rays were negative but he was still in pain Sunday. Cash called it a “no-brainer” it would take some time to heal, and Kiermaier may be examined further once the team returns home.

Athletics: CF Ramón Laureano, who was back playing the field for Saturday’s game after a break Friday as the designated hitter, was held out as a precaution with a right thumb injury that manager Bob Melvin considers minor. Laureano could have played through it, Melvin said. … OF Chad Pinder (sprained left knee) was set to travel and join Triple-A Las Vegas before beginning a rehab assignment Monday that Melvin figures will be at least three games.

Rays: Cash said after the game he is penciling in RHP Luis Patino (1-0, 1.17 ERA) to start Tuesday’s series opener at home against the rival Yankees. 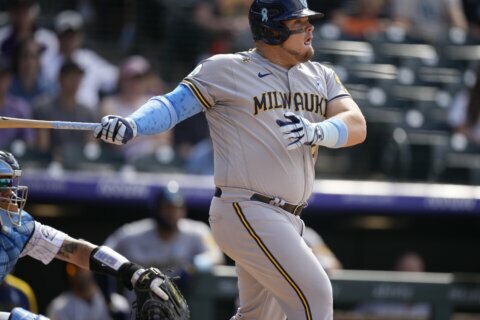 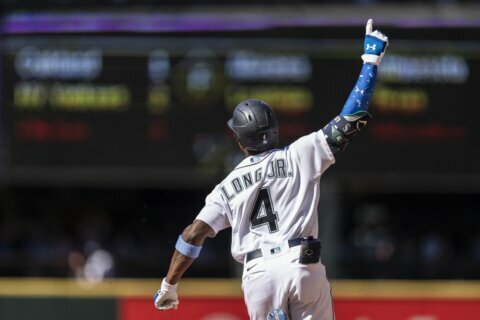 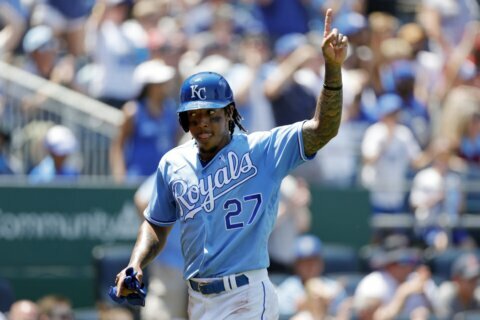