LOS ANGELES (AP) — Los Angeles Dodgers slugger Cody Bellinger is still uncertain when he will return from a hairline fracture in his left leg.

Bellinger said Thursday that he feels “great,:” but the 2019 NL MVP must wait to return to the defending World Series champions’ lineup.

“I can’t really do much until the bone heals, which depends on each person,” Bellinger said. “But once that bone heals up, what I’ve been told is you’re ready to go from there.”

Bellinger was injured April 5 when Athletics reliever Reymin Guduan inadvertently spiked him at first base in Oakland. The injury was listed as a left calf injury, but the main problem is a hairline fracture in his fibula.

The Dodgers’ medical team initially saw only bruising and swelling in Bellinger’s calf, but the fracture was found by a CT scan after he reported pain in his leg.

Bellinger is hitting in the batting cage and playing catch, but running is still not perfectly comfortable. He planned to take batting practice on the field Thursday at Dodger Stadium for the first time since the injury when Los Angeles begins a four-game series against NL West rival San Diego.

“It’s definitely frustrating,” Bellinger said. “It’s not fun. It’s honestly extremely boring. … It’s a hard feeling to explain. I can walk perfectly fine. I can hit without any pain. It’s always noticeable that it’s there, but it’s not pain. Every day is getting better. It’s just a slow process. There’s nothing I can really do to heal the bone faster.”

The Dodgers are thriving without their star outfielder/first baseman, getting off to a major league-best 14-4 start. Chris Taylor and Mookie Betts are mostly playing center field, while Max Muncy and Edwin Ríos are playing first base. 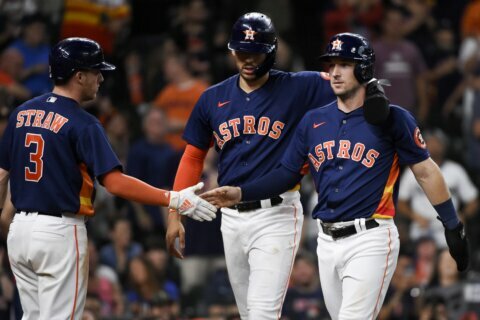 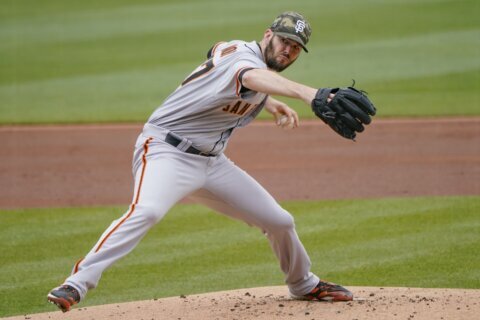 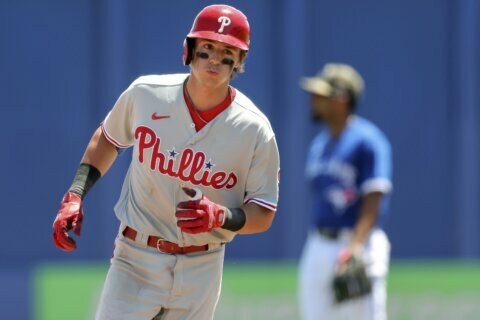