Thumb injury slows Inciarte’s battle with Pache in Braves OF

Ender Inciarte’s attempt to win a starting job in the Atlanta Braves’ outfield is temporarily on hold as he recovers from a thumb injury.

Rookie Cristian Pache, the Braves’ choice over Inciarte to fill in during the postseason last year, is competing for the starting job in center field.

Braves manager Brian Snitker said Thursday that Inciarte hurt his thumb when he got hit by the fists with an inside pitch during a recent at-bat.

“It’s just been a slow process getting him treated and getting a bat in his hand again,” Snitker said.

Snitker said he does not know when Inciarte will be able to play.

“He’s progressing, but he’s just not to the point where he could go out and get a game at-bat right now,” Snitker said. “We’ll just have to wait and see.”

This is a crucial season for Inciarte, 30, as he tries to reverse an offensive decline. He is entering the final season of a $30.5 million, five-year contract that includes a team option for 2022.

Inciate’s offensive funk created an opening for Pache, who was the choice to start after the Braves lost Adam Duvall to an oblique injury in Game 1 of the NL Championship Series against the Los Angeles Dodgers.

Following Duvall’s injury, Ronald Acuña Jr. moved to right field. This year’s starting outfield is expected to include Marcell Ozuna in left field, Acuña in right field and either Pache or Inciarte in center field. Duvall signed with Miami.

Pache, regarded as the organization’s top defensive player in the outfield, earned the postseason opportunity despite having only four regular-season at-bats. He has only strengthened his status as a top prospect this spring.

“I’ve liked what Pache has done,” Snitker said. “He’s had some really good at-bats. We’re going to keep running him out there. I feel good with where he’s at.” 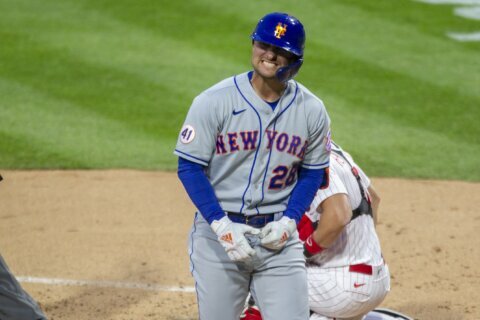 Royals-White Sox postponed because of rain