New York Yankees pitcher Gerrit Cole and other baseball players will be pushing for changes that make more teams competitive as they think about looming labor negotiations that could lead to a work stoppage at the start of 2022.

Many veterans who are not top stars have taken substantial paycuts in recent years. Others have turned down cuts and retired.

The players’ association is upset that some teams have lowered major league payroll in favor of rebuilding with youth, a process it calls tanking and that management defends as long-allowed refocusing on retooling for long-term gain.

“For me, it just goes back to competitiveness,” Cole said Thursday. “We have a lot of great veterans that offer great entertainment, a quality style of baseball, that continuously are being pushed out because of surplus value on younger players is too high — the analytics are driving the game in that direction. And we want to have an open field for the clubs to be able to find talent, find surplus value.”

Cole is starting the second season of a $324 million, nine-year contract, the largest deal among pitchers. He was elected in December to the union’s eight-man executive subcommittee, its highest-ranking policymaking body.

The average Major League Baseball salary dropped for an unprecedented third straight year, even before the shortened season caused by the coronavirus pandemic. The players’ association calculated the 2020 average would have been $3.89 million if a full season had been played. That was down 4.2% from the 2019 average of $4.05 million and represented a 5.2% decrease from the record average of just under $4.1 million in 2017.

Because the pandemic caused players to receive roughly 37% of pay last year, the actual average plunged to $1.59 million, its lowest since 1998.

“There’s always concern when the average salary is dropping,” said Yankees reliever Zack Britton, also an executive committee member. “Yeah, definitely issues that we would like to change. And I think MLB probably has issues that they would like to change, too. But to the best of my knowledge, we’re going to work through those things.”

Stars are getting their money. Traded from Boston to the Dodgers, outfielder Mookie Betts negotiated a $365 million, 12-year contract during the pandemic and helped Los Angeles win its first World Series title since 1988.

San Diego shortstop Fernando Tatis Jr., who has played just two major league seasons, has a pending $340 million, 14-year contract that could be finalized this week, the longest deal in baseball history.

Mark Melancon, a pitcher who joined the Padres this week as a free agent, praised the small-market Padres for not being among the cutters.

“It’s great, because there are so many teams that are doing the opposite,” Melancon said. “It’s sad when there’s only 30 teams out there and you get a sense that a lot of them don’t want to win, so to see San Diego step up and being in a little bit of a smaller market is fun and exciting. It’s a shame to see big-market teams kind of dump.”

Castro, Paxton and Semien were free agents this offseason, experiencing the slow pandemic market firsthand. Lindor was traded by Cleveland, which did not want to lose him as a free agent at the end of this season.

Baseball was interrupted by eight work stoppages, but none since the 7 1/2-month strike caused cancellation of the 1994 World Series, The collective bargaining agreement expires Dec. 1.

The current five-year agreement includes steeper luxury tax rates that have caused some clubs to stay below the threshold in some years. The union filed a grievance in February 2018 against Miami, Oakland, Pittsburgh and Tampa Bay that accused them of improperly spending revenue-sharing money, a case that is still pending. The union lost a grievance last year claiming the Chicago Cubs improperly delayed star Kris Bryant’s debut at the start of the 2015 season in an effort to delay the third baseman’s eligibility for free agency.

Cole said he learned how to be a player representative from talking with and watching Neil Walker, Tony Watson, Jared Hughes and Justin Morneau in Pittsburgh, and that he tried to teach Jameson Taillon, his new Yankees teammate.

“We want people to be forward thinking in all different areas of the game,” Cole said. “But when it comes down to it, if we have clubs that aren’t competing and they aren’t doing right by their fan base, and clubs that win multiple World Series and then just tear it all down, I worry about losing a generation of fans. I worry if we’re doing fans in those cities into disservice.

“So for me, obviously, economics is important — I mean, you can’t ignore any of those types of things. But for me, competitiveness is important. I would like to see the middle of divisions, the middle of the league incentivized to compete. And I would like to stop seeing teams competing penalized for competing, as well. Here’s maybe a little bit of an imbalance there that I think we can correct going forward.” 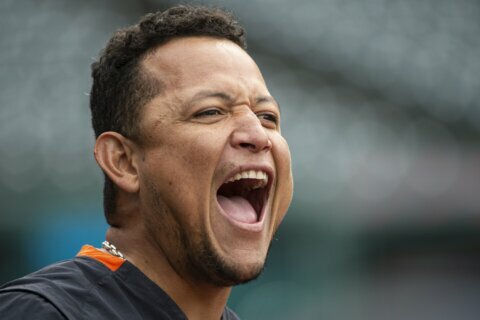 Williams expected to start for Cubs at Pirates