MIAMI (AP) — Kim Ng became the highest-ranking woman in baseball operations in the major leagues when she was hired Friday as general manager of the Miami Marlins.

Ng is believed to be the first female general manager for a men’s team in a major professional sport in North America, the Marlins said, and is also MLB’s first Asian-American GM.

Making history by bringing a lifetime of excellence, Kim Ng steps to the helm as GM. #JuntosMiami pic.twitter.com/UrYESbjTHe

She has 21 years of big league experience in the front offices of the Chicago White Sox (1990-96), New York Yankees (1998-2001) and Los Angeles Dodgers (2002-11). During that time, Ng was a part of eight postseason appearances, six LCS and three World Series championships.

Ng becomes the fifth person to hold the Marlins’ top position in baseball operations, and succeeds Michael Hill, who was not retained after the 2020 season. 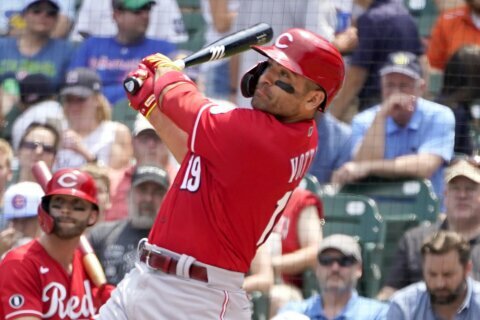