CAIRO (AP) — An international charity on Tuesday urged Yemen’s warring sides to extend a two-month truce, appealing to the parties in the conflict to work together to avoid “catastrophic hunger” in the war-wrecked country.

Oxfam said the U.N.-brokered cease-fire is essential for millions of Yemenis suffering from a lack of basic services and soaring prices of food and other goods. The charity’s Yemen director, Ferran Puig, said the truce has brought a “long overdue sense of hope that we can break the cycle of violence and suffering in Yemen.”

“The opportunity must be seized to extend the truce and push for a lasting peace if we are to avert the risk of millions of Yemenis being forced into acute hunger,” Puig said. The cease-fire , which went into effect on April 2, expires Wednesday night.

Later Tuesday, about three dozen aid groups working in Yemen joined Oxfam’s appeal, saying in a joint statement addressed to the warring sides that “the gift for a better life for the people of Yemen is in your hands.”

The truce has been the first nationwide cease-fire in the past six years of Yemen’s civil war, a conflict now in its eighth year. The fighting erupted in 2014 when Iran-backed Houthi rebels descended from their northern enclave and took over the capital of Sanaa, forcing the internationally recognized government to flee. A Saudi-led coalition entered the war in early 2015 to try to restore the government to power.

In recent weeks, the U.N. envoy to Yemen, Hans Grundberg, has intensified efforts to renew the truce. He tweeted Monday that an extension was “critical to solidify benefits delivered so far & provide space to move towards a political settlement.”

However, Grundberg’s efforts have been hobbled by the Houthis’ refusal to lift their ground blockade of the government-held city of Taiz, Yemen’s third largest.

The provisions of the truce included reopening the roads around Taiz, establishing two commercial flights a week between Sanaa and Jordan and Egypt, and also allowing 18 vessels carrying fuel into the port of Hodeida. Both Sanaa and Hodeida are controlled by the rebels.

Fighting, airstrikes and bombardment have subsided during the truce, which started in early April, and the rebels have ceased their cross-border attacks on Saudi Arabia and the United Arab Emirates, the two pillars of the Saudi-led coalition.

Yemen’s war has killed over 150,000 people, including over 14,500 civilians. It has created now one of the worst humanitarian crises in the world.

The United Nations has warned that 19 million people out of Yemen’s population of 32 million would face hunger in 2022, including 160,000 likely to suffer from “famine-like conditions.”

Russia’s invasion of Ukraine earlier this year has exacerbated the humanitarian crisis in Yemen as it hit global food supplies and sent food prices soaring. Yemen imports 90% of its food, including over 42% of its wheat from Ukraine, Oxfam said. 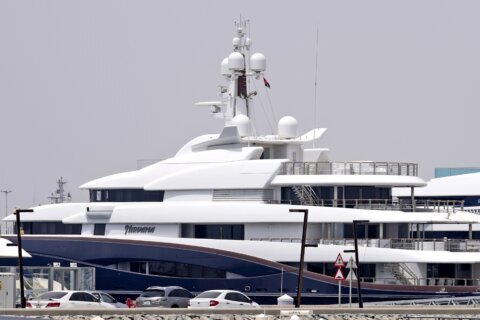