CAIRO (AP) — Stormy weather has prompted Egyptian authorities to suspend classes Monday in the capital of Cairo and a handful of other provinces as a precautionary measure.

Authorities also closed the ports in the Mediterranean city of Alexandria and the Suez Canal cities of Port Said and Suez.

The country’s meteorological agency said moderate to heavy rainfall is expected over the northern coast and the Nile Delta region. The agency also said dusty storms are expected to hit northern and southern parts of country, and limit visibility.

The Environment Ministry also urged old people and those suffering from chest and respiratory diseases to stay at home Monday to avoid weather-related complications.

The Health Ministry said it deployed more ambulance crews in remote areas and on highways as a precautionary measure in case of road accidents.

Moderate rains overnight have partly flooded streets in some neighborhoods in Cairo and other parts of the country. Local media reported snowfall over Alexandria, partly covering roads and rooftops across the coastal city.

“Alexandria has become like Moscow. Good Winter!” wrote Menna Bader in a tweet, referring to Russian capital known with its icy weather.

The seasonal rainfall has raised questions about the country’s ability to deal with flooding which usually leaves parts of Cairo and other major cities impassable. Flooding and heavy rain were also deadly in previous years, especially in rural areas.

Infrastructure, sewage and drainage systems have all suffered from a lack of investment and years of poor maintenance. Scenes of trucks fanning out to drain water from flooded areas have been common in recent years.

Last month heavy rain and flooding forced scorpions from their hiding places into many houses across the southern province of Aswan. State-run media reported at the time that three people were dead and over 500 others hospitalized from scorpion stings in Aswan. 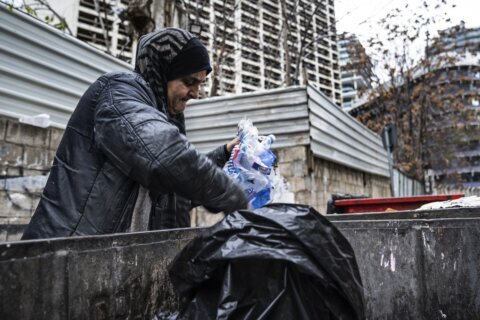