CAIRO (AP) — Tribal protesters on Monday lifted their weekslong blockade on Sudan’s main seaport and oil pipelines, and reopened roads linking the port to the rest of the country, a tribal leader said, following a deal with the military to remove the barricades for one month.

The development comes a week after the military dissolved the transitional government in a widely condemned coup in Sudan that threatens to further derail the country’s already fragile transition after a popular uprising forced the removal of longtime autocrat Omar al-Bashir in April 2019.

Pro-democracy activists have accused the military of engineering the port blockade and another pro-military protest outside the presidential place in the Sudanese capital, Khartoum, to deflect from their military takeover of the country.

Kamal Sayed, secretary general of the Baja tribal council, told The Associated Press the tribal leaders have reached a deal with the military to lift the blockade of the Red Sea port and oil pipelines, and reopen roads in the eastern city of Port Sudan for one month, to allow the formation of a new government.

The council represents six nomadic tribes that live in northeastern Sudan where the port is located. They have held street protests in Port Sudan for the past two months, setting up barricades and staying out on the streets to block the port, a lifeline for the country, oil pipelines and major roads.

The tribal protesters demand the military fully dissolve the transitional government of Prime Minister Abdalla Hamdok, whom the army put under house arrest following the coup. They also demand that a peace deal struck last year with a rebel alliance in the east be renegotiated.

The generals have denied accusations of engineering the port blockade, saying that the protesters’ demands in Port Sudan and in Khartoum are legitimate and should be negotiated politically.

In the weeks before the coup, Hamdok’s government and the U.N. had tried unsuccessfully to negotiate the reopening of the port and the key roads.

Sayed, the tribal official, said the makeshift barricades at the port’s terminals and the main highway liking Port Sudan to Khartoum was removed on Monday morning. He said the barricades would be reinstated if their demands are not met.

The blockade has caused food and fuel shortages across Sudan, with the government warning last month the country was running out of essential goods, including medicines, food and wheat.

Meanwhile in Khartoum, a semblance of normalcy has returned, with several roads and bridges reopened after weeklong tensions and protests against the military’s takeover.

The U.S. Embassy in Khartoum said that movement in and around Khartoum has improved since Saturday, but that military checkpoints remain in place in several areas. Protesters have continued to set up makeshift barricades in some neighborhoods around Khartoum.

Ghandour was first arrested in June last year as part of efforts to dismantle al-Bashir’s Islamist regime. He was released late Sunday along with other former officials and al-Bashir allies, according to the Sudan Tribune news website.

No reason was given as to why Ghandour was rearrested. He had headed al-Bashir’s now-dissolved political party and his release — which was also not explained — had stirred up controversy and anger among the pro-democracy movement.

Meanwhile, the U.N. envoy for Sudan, Volker Perthes, said mediation efforts were ongoing “in Khartoum by a host of actors” to find a way out of the crisis. Since last week, U.N. representatives have shuttled between the military and pro-democracy leaders.

“There’s a lot of shuttling,” Perthes told U.N. correspondents in New York in a virtual press conference from the Sudanese capital.

Hamdok remains under house arrest but is allowed to meet with foreign envoys. Perthes met with Hamdok on Sunday. The U.N. envoy did not elaborate on Hamdok’s circumstances — or expand on any demands or conditions by coup leader Gen. Abdel-Fattah Burhan.

Perthes said both Hamdok and Burhan “are interested … in mediation” and have “accepted a wise persons committee” to shuttle between them and develop ideas. He also said that at demonstrations, Hamdok has become “very much a symbol” of civilian leadership of Sudan’s revolution, pointing to more images of the prime minister than previously seen.

“I think by having him resume his offices, the situation would de-escalate much, and it would be much, much easier to discuss all the outstanding, controversial issues,” Perthes said.

“Everybody wants to find a way out,” he also said, adding that there are hopes that “contours of a package” for negotiations could emerge in the next few days. 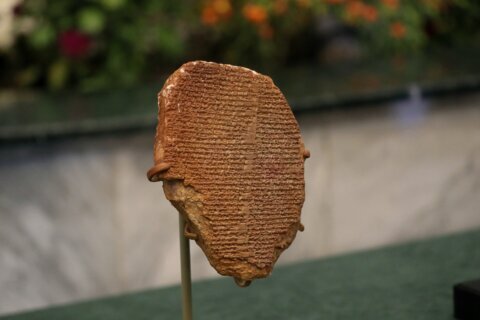 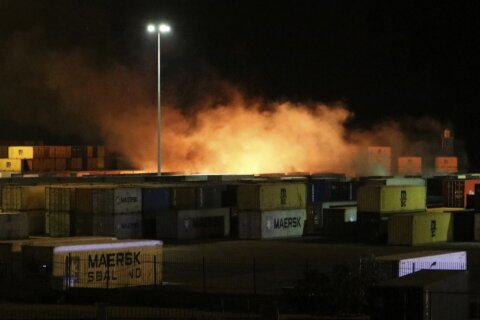