The long-expected visit with Israel’s new prime minister will take place Aug. 26 amid tensions with the Islamic Republic and Israel’s fragile truce with militant Hamas rulers in Gaza following an 11-day war in May.

The meeting will “underscore the United States’ unwavering commitment to Israel’s security,” according to the statement from presidential spokeswoman Jen Psaki. The leaders, she said, “will discuss critical issues related to regional and global security, including Iran.”

Bennett, meanwhile, described the upcoming meeting as important. His office said Bennett and Biden “will discuss a series of diplomatic, economic and security issues, especially the Iranian nuclear program.”

The Israeli leader made no mention of the cease-fire efforts with Hamas — even as an Egyptian mediator was in the country — or pledges by the U.S. and Israel to bolster Hamas’ rival, Palestinian President Mahmoud Abbas.

The meeting next week will be the first between the American and Israeli leader — and Bennett’s first diplomatic trip as prime minister — at a sensitive time for the security of the Middle East. Politically, both men want to show a steady hand at the helm of their respective governments in the wake of the Israel-Gaza war and the collapse of Afghanistan’s government on Biden’s watch.

Both nations want to put the brakes on Iran’s conduct in the region and on its nuclear program. But they diverge on the key question of reinstating the 2015 nuclear accord. Former President Donald Trump pulled America out of that agreement in 2018.

Biden campaigned on restoring the deal, with changes to address Iran’s conduct. Bennett and his predecessor, Benjamin Netanyahu, staunchly oppose the accord and have vowed that Israel will act against Iran on its own if need be.

For Bennett, strengthening Israel’s relationship with its strong ally, the U.S., is especially important as he leads a coalition government of eight parties from across the political spectrum. Under the coalition deal, Bennett, a founder of the Israeli settlement movement, will step down in 2023. Centrist Yair Lapid, now Israel’s foreign minister, will then take the top job.

For Biden, it’s a chance to change the subject from the Taliban’s blitz across Afghanistan and the collapse of the U.S.-backed government there after 20 years.

“The visit will also be an opportunity for the two leaders to discuss efforts to advance peace, security, and prosperity for Israelis and Palestinians and the importance of working towards a more peaceful and secure future for the region,” the White House said.

There have been no substantive talks between Israel and Abbas’ government in over a decade. With relations chilly, and the Palestinians divided between rival governments, the prospects for resuming negotiations appear slim.

But Bennett has indicated he would like to improve ties and bolster the Palestinian economy. This week, Israeli authorities postponed a meeting in which hundreds of new homes in West Bank settlements were to be approved. It was unclear if the delay was the result of American pressure.

The 11-day war between Israel and militant Hamas rulers inflicted heavy damage on Gaza. Some 254 Palestinians were killed, including at least 67 children and 39 women, according to the Gaza Health Ministry. Twelve civilians, including two children, were killed in Israel, along with one soldier. 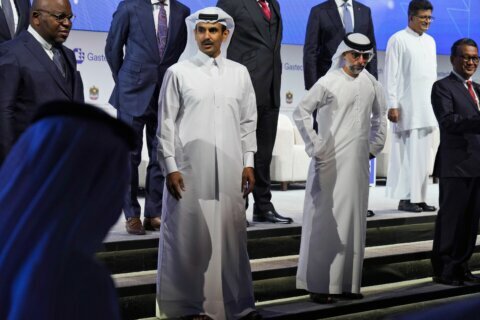