State TV said health workers registered 37,189 new COVID-19 cases since Sunday — surpassing the previous daily record of 34,951 infections reported on Tuesday. Also, there were 411 deaths, bringing the country’s total death toll in the pandemic to 91,407 — the highest in the Middle East.

The new surge has been fueled by the contagious delta variant, and Iranian authorities say less than 40% of the population follows measures such as wearing face masks and social distancing. Iranian health officials have regularly warned that hospitals in the capital, Tehran, and other major cities are overwhelmed with COVID-19 patients.

Also on Monday, Supreme Leader Ayatollah Ali Khamenei ordered the government to discuss the possibility of a two-week shutdown of the country, which Health Minister Saeed Namaki requested a day earlier.

Namaki in a letter to Khamenei, who has final say on all state matters, suggested the military could help enforce a lockdown.

Authorities have avoided imposing heavy-handed rules on a population badly equipped to bear them. Iran, which has suffered the worst virus outbreak in the region, is reeling from a series of crises: tough U.S. sanctions, global isolation, a heat wave, the worst blackouts in recent memory and ongoing protests over water shortages in the southwest.

Less than 4% of Iranians have been fully vaccinated. Many front-line medical workers have been vaccinated with Iran’s locally produced shots or the Chinese state-backed Sinopharm vaccine that report say may be less effective than other inoculations.

Iran’s government announced that its homemade vaccine provides 85% protection from the coronavirus, without disclosing data or details. Iran also imports Russia’s Sputnik V vaccine, as well as the Oxford-AstraZeneca shot through the United Nations-backed COVAX program. 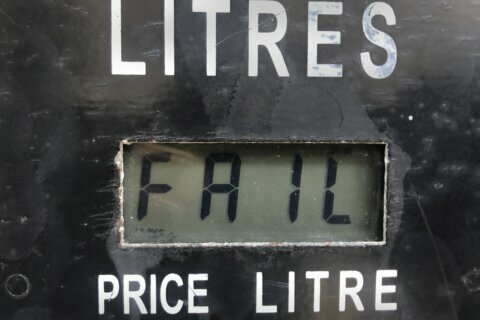