According to the officials, the mine exploded on Thursday in a rural area in the Al Marawiah district, where clashes between Yemen’s Iran-backed rebels and Saudi-allied government forces recently flared up.

The wounded were taken to hospital in critical condition, the officials added, speaking on condition of anonymity because they were not authorized to talk to reporters. They blamed the rebels for the explosion.

Unmarked land mines litter Yemen, a war-torn country on the tip of the Arabian Peninsula, often claiming civilian lives, especially those of children.

The conflict began with the 2014 takeover of the capital of Sanaa by the rebel Houthis. A Saudi-led coalition allied with Yemen’s exiled government has been fighting the rebels since March 2015.

The conflict has killed over 100,000 people and pushed the Arab world’s poorest country to the brink of famine. 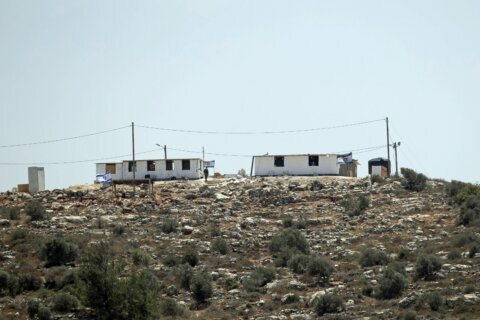 New Israel government vows change, but not for Palestinians