DUBAI, United Arab Emirates (AP) — The United Arab Emirates, a key international travel hub, announced on Wednesday it has lifted its ban on Boeing’s 737 Max, allowing the plane to return to its skies after being grounded for nearly two years following a pair of deadly crashes.

Saif al-Suwaidi, director general of the UAE’s General Civil Aviation Authority, said the country gave clearance to the planes “as a result of intensive efforts by the authority’s technical committees,” according to the state-run WAM news agency.

The government ensured all safety conditions had been met after the U.S. Federal Aviation Administration ended the grounding last fall, al-Suwaidi added, without specifying when flights would resume. It could take some time for airlines to ensure their pilots receive necessary training and to carry out the changes.

The planes were grounded worldwide in March 2019 following the crashes of a Lion Air flight near Jakarta on Oct. 29, 2018, and an Ethiopian Airlines flight on March 10, 2019, which killed a total of 346 people. Investigators have attributed the crashes to a range of problems, including a faulty computer system that pushed the planes’ noses downward in flight until the jets plummeted. The accidents and revelations about the plane’s failings tainted the company’s reputation and cost it billions of dollars in damages and unfilled orders.

Dubai’s budget carrier flydubai is one of the biggest customers of the 737 Max and stopped flying its Boeing 737 Max 8 and 9s over a government order following the crashes. The Boeing 737 is a workhorse for the airline, which along with long-haul carrier Emirates is owned by the government’s Investment Corporation of Dubai.

The airline later reached an undisclosed financial settlement with Boeing Co. for the grounding of the planes. Boeing lists flydubai as still having 237 unfilled orders for Boeing 737 Max aircraft. The airline’s fleet is over 50 aircraft.

Al-Suwaidi said the UAE’s approval included “corrective measures” applied by airlines, particularly “modernization” of software known as MCAS, which was designed to push the plane’s nose down in certain circumstances.

The 737 Max returned to American skies last December, after the Federal Aviation Administration approved changes that Boeing made to the automated flight control system. Aviation authorities in Europe, Brazil and Canada have also allowed the aircraft to resume flights in recent weeks. 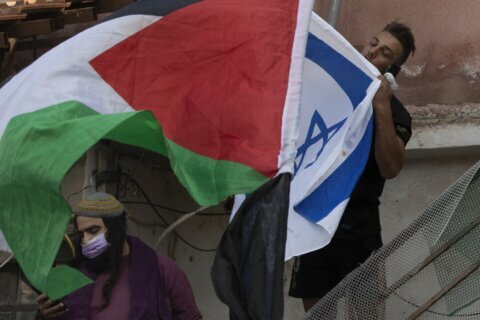