TEHRAN, Iran (AP) — A South Korean diplomatic delegation arrived in Iran on Sunday to negotiate the release of a vessel and its crew seized by Iranian forces amid an escalating financial dispute between the countries, Iranian state-run media reported.

The South Korean-flagged tanker seizure by Iran’s Revolutionary Guard in the crucial Strait of Hormuz came as Iranian officials have been pressing South Korea to release some $7 billion in assets tied up in the country’s banks due to American sanctions. It appeared the Islamic Republic was seeking to increase its leverage over Seoul ahead of South Korea’s pre-scheduled regional trip, which included a stop in Qatar.

Iran maintains the tanker and its 20-member crew were stopped in the mouth of the Persian Gulf because of the vessel’s “environmental pollution,” a claim rejected by the vessel’s owner. The crew, including sailors from Indonesia, Myanmar, South Korea and Vietnam, remain in custody at the port city of Bandar Abbas near the Strait of Hormuz.

Iran’s deputy foreign ministry Abbas Araghchi advised South Korea to avoid politicizing the seizure of oil tanker and stay away from futile propaganda, the ministry’s website reported Sunday. Araghchi said that the vessel has been captured in the Persian Gulf and the Iranian territorial waters only because of technical considerations and environmental pollution hazards.

A South Korean diplomat based in Iran met one of the crew members, a South Korean, last week, according to South Korean Foreign Ministry Spokesman Choi Young-sam. The crew member told the diplomat he and 19 other sailors were all were safe and didn’t suffer any mistreatment. South Korea has requested that Iran provide evidence to back up its claim that the South Korean ship violated environmental protocols, he added.

Diplomats from Iran and Myanmar, which had 11 citizens on the ship, were separately meeting in Delhi, India to negotiate the release of the Burmese sailors aboard, according to semi-official ISNA news agency.

Iran’s state-run media announced First Vice Foreign Minister Choi Jong-kun’s arrival with a photo showing him meeting with his Iranian counterpart. It wasn’t clear how long the visit would last.

The South Korean delegation, including representatives from Seoul’s Central Bank, were set on Monday to meet Iran’s Central Bank chief Abdolnasser Hemmati to discuss the trapped funds, semi-official Mehr news agency reported. In recent weeks, Hemmati has complained that Iran was struggling to transfer some $220 million held in South Korean banks to pay for COVID-19 vaccines through COVAX, an international program designed to distribute coronavirus vaccines to participating countries.

“It is our natural right to be able to use this money,” Hemmati was quoted as saying on Sunday. “We hope that the American pressure will also decrease.”

Meanwhile, Araghchi said South Korean banks have illegally blocked Iran’s currency resources for nearly two years and a half citing a fear of the U.S. sanctions, “This action (by South Korea), which is only surrender to ransom demand from the US, is not acceptable, and naturally the expansion of relations (between Tehran and Seoul) would be meaningful only when this problem is solved.”

The ship seizure was the latest in a series of escalations in the waning days of the administration of President Donald Trump, who unilaterally withdrew the U.S. from Tehran’s nuclear deal in 2018 and reimposed sanctions that the agreement had suspended. Last week, Iran ramped up uranium enrichment levels at Fordo, its key underground nuclear facility, bringing the country a technical step away from weapons-grade purity levels of 90%. 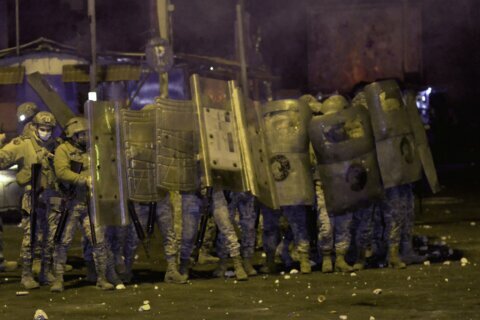 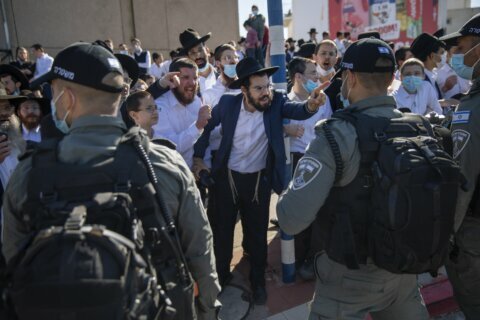 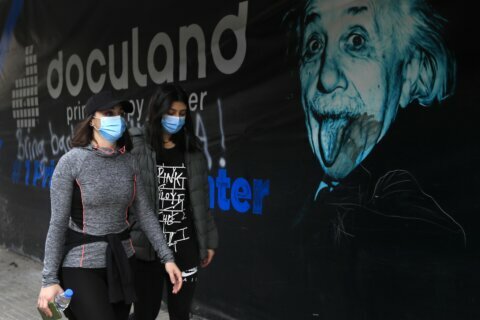