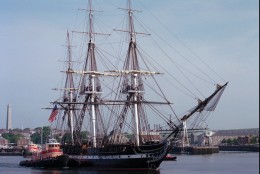 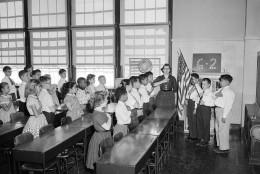 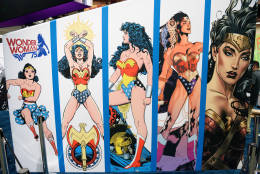 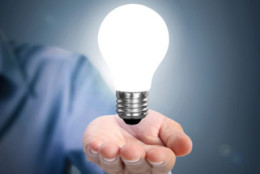 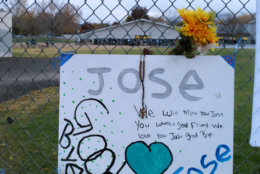 On Oct. 21, 1892, schoolchildren across the U.S. observed Columbus Day (according to the Gregorian date) by reciting, for the first time, the original version of “The Pledge of Allegiance,” written by Francis Bellamy for The Youth’s Companion.

In 1797, the U.S. Navy frigate Constitution, also known as “Old Ironsides,” was christened in Boston’s harbor.

In 1879, Thomas Edison perfected a workable electric light at his laboratory in Menlo Park, N.J.

In 1917, members of the 1st Division of the U.S. Army training in Luneville (luhn-nay-VEEL’), France, became the first Americans to see action on the front lines of World War I.

In 1966, 144 people, 116 of them children, were killed when a coal waste landslide engulfed a school and some 20 houses in Aberfan, Wales.

In 1976, Saul Bellow won the Nobel Prize for literature, the first American honored since John Steinbeck in 1962.

Ten years ago: Northwest Airlines Flight 188, an Airbus A320, flew past the Minneapolis airport by more than 100 miles before turning around and landing safely; the pilots later said they’d been distracted while talking about their schedules. Authorities found the body of missing Florida 7-year-old Somer Thompson in a Georgia landfill (Jarred Harrell later pleaded guilty to kidnapping, rape and murder, and was sentenced to life in prison without the possibility of parole). Pulitzer Prize-winning journalist Jack Nelson of the Los Angeles Times died in Bethesda, Maryland, at 80. The Philadelphia Phillies beat the Los Angeles Dodgers 10-4 in Game 5 of the National League Championship Series to win their second straight NL pennant.

Five years ago: North Korea abruptly freed Jeffrey Fowle, an American, nearly six months after he was arrested for leaving a Bible in a nightclub. Former Washington Post executive editor Ben Bradlee, 93, died in Washington. The San Francisco Giants defeated the Kansas City Royals 7-1 in the first game of the World Series.

One year ago: A growing caravan of Honduran migrants continued through southern Mexico toward the United States, after getting past Mexican agents who briefly blocked them at the Guatemalan border. One of Taiwan’s fastest passenger trains derailed on a curve along a popular weekend route, killing 18 people and injuring nearly 200 others. Bluegrass and country star Ricky Skaggs, singer Dottie West and fiddler Johnny Gimble were inducted into the Country Music Hall of Fame in Nashville.