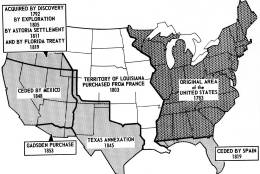 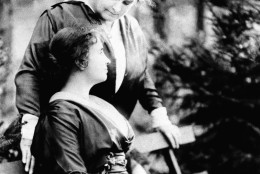 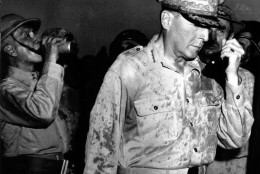 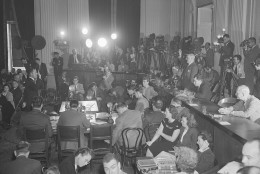 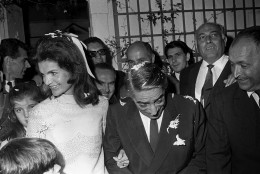 On Oct. 20, 2011, Moammar Gadhafi, 69, Libya’s dictator for 42 years, was killed as revolutionary fighters overwhelmed his hometown of Sirte (SURT) and captured the last major bastion of resistance two months after his regime fell.

In 1803, the U.S. Senate ratified the Louisiana Purchase.

In 1944, during World War II, Gen. Douglas MacArthur stepped ashore at Leyte (LAY’-tee) in the Philippines, 2 1/2 years after saying, “I shall return.“

In 1947, the House Un-American Activities Committee opened hearings into alleged Communist influence and infiltration in the U.S. motion picture industry.

In 1976, 78 people were killed when the Norwegian tanker Frosta rammed the commuter ferry George Prince on the Mississippi River near New Orleans.

In 1977, three members of the rock group Lynyrd Skynyrd, including lead singer Ronnie Van Zant, were killed along with three others in the crash of a chartered plane near McComb, Mississippi.

In 1986, the government of Nicaragua formally charged captured American mercenary Eugene Hasenfus with several crimes, including terrorism. (Although convicted and sentenced to prison, Hasenfus was pardoned and released by Nicaraguan President Daniel Ortega.)

In 1990, three members of the rap group 2 Live Crew were acquitted by a jury in Fort Lauderdale, Fla., of violating obscenity laws with an adults-only concert in nearby Hollywood the previous June.

In 1999, the government laid out new rules to protect children’s privacy on the Internet and to shield them from commercial e-mail. Elizabeth Dole abandoned her Republican bid to be America’s first woman president.

In 2001, officials announced that anthrax had been discovered in a House postal facility on Capitol Hill.

In 2004, A U.S. Army staff sergeant, Ivan “Chip“ Frederick, pleaded guilty to abusing Iraqi detainees at Abu Ghraib prison. (Frederick was sentenced to eight years in prison; he was paroled in 2007.)

Ten years ago: Ignoring appeals by Secretary of State Hillary Rodham Clinton and even rock star Sting, Iran sentenced an Iranian-American academic, Kian Tajbakhsh (KEE’-ahn tahj-BAHKSH’), to 12 years in prison for his alleged role in anti-government protests. Afghanistan’s election commission ordered a runoff in the disputed presidential poll. (The runoff was later canceled, and President Hamid Karzai proclaimed the winner.)

Five years ago: The White House said former Nazis should not have been collecting Social Security benefits as they aged overseas; an Associated Press investigation had revealed that millions of dollars had been paid to war-crimes suspects and former SS guards who’d been forced out of the United States. New York’s Metropolitan Opera opened “The Death of Klinghoffer“ amid protests that the work glorified Palestinian terrorists. Fashion designer Oscar de la Renta, 82, died in Kent, Connecticut.

One year ago: Saudi Arabia announced that journalist Jamal Khashoggi (jah-MAHL’ khahr-SHOHK’-jee) had been killed in Saudi Arabia’s consulate in Istanbul; there was immediate international skepticism over the Saudi account that Khashoggi had died during a “fistfight.” President Donald Trump said the U.S. would pull out of a landmark arms control agreement with the former Soviet Union; he said Russia was violating the pact and that it was keeping the U.S. from developing new weapons. The Los Angeles Dodgers beat the Milwaukee Brewers 5-1 in Game 7 of the National League Championship Series to advance to a World Series matchup against the Boston Red Sox.