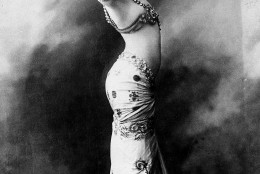 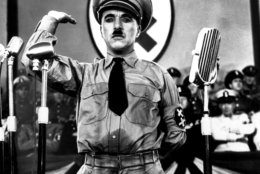 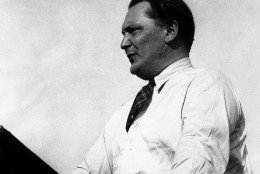 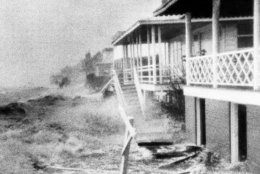 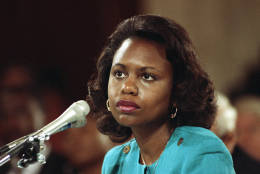 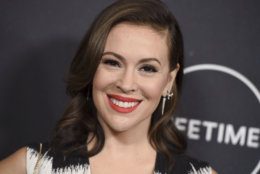 On Oct. 15, 1991, despite sexual harassment allegations by Anita Hill, the Senate narrowly confirmed the nomination of Clarence Thomas to the U.S. Supreme Court, 52-48.

In 1783, the first manned balloon flight took place in Paris as Jean-Francois Pilatre de Rozier ascended in a basket attached to a tethered Montgolfier hot-air balloon, rising to about 75 feet.

In 1917, Dutch exotic dancer Mata Hari (Margaretha ZelleGeertruida MacLeod), 41, convicted by a French military court of spying for the Germans, was executed by a firing squad outside Paris. (Maintaining her innocence to the end, Mata Hari refused a blindfold and blew a kiss to her executioners.)

In 1945, the former premier of Vichy France, Pierre Laval, was executed for treason.

In 1946, Nazi war criminal Hermann Goering (GEH’-reeng) fatally poisoned himself hours before he was to have been executed.

In 1976, in the first debate of its kind between vice-presidential nominees, Democrat Walter F. Mondale and Republican Bob Dole faced off in Houston.

In 2003, eleven people were killed when a Staten Island ferry slammed into a maintenance pier. (The ferry’s pilot, who’d blacked out at the controls, later pleaded guilty to eleven counts of manslaughter.)

In 2006, three members of Duke University’s lacrosse team appeared on CBS’ “60 Minutes” to deny raping a woman who’d been hired to perform as a stripper (Collin Finnerty, Reade Seligmann and David Evans were later exonerated).

In 2017, actress and activist Alyssa Milano tweeted that women who had been sexually harassed or assaulted should write “Me too” as a status; within hours, tens of thousands had taken up the (hash)MeToo hashtag (using a phrase that had been introduced 10 years earlier by social activist Tarana Burke.)

Ten years ago: A report of a 6-year-old Colorado boy trapped inside a runaway helium balloon engrossed the nation before the boy, Falcon Heene (HEE’-nee), was found safe at home in what turned out to be a hoax. (Falcon’s parents served up to a month in jail.)

Five years ago: Fresh signs of slow global economic growth and the Ebola crisis sent stocks on Wall Street tumbling as much as 460 points in the most turbulent day since 2011 before partially recovering; European shares slid as well. The Kansas City Royals advanced to their first World Series since 1985 after finishing a four-game sweep in the AL Championship Series with a 2-1 victory over the Baltimore Orioles. The San Francisco Giants came within one game of winning the NL Championship Series with a 6-4 win over the St. Louis Cardinals.

One year ago: Microsoft co-founder Paul Allen died in Seattle at the age of 65 from complications of non-Hodgkin’s lymphoma; he had used the billions from the company he founded with childhood friend Bill Gates to invest in conservation, space travel, arts and culture and professional sports. Massachusetts Democratic Sen. Elizabeth Warren released a DNA analysis that she said indicated that she has some Native American heritage; the move was intended as a rebuttal to President Donald Trump, who had mocked those claims. (A Stanford University expert concluded that Warren had a Native American ancestor who probably lived six to 10 generations ago.) Sears filed for Chapter 11 bankruptcy protection, with plans to shutter 142 unprofitable stores. Kensington Palace announced that Britain’s Prince Harry and his wife, the former Meghan Markle, were expecting their first child in the spring. (The baby boy, born May 6, was named Archie.)