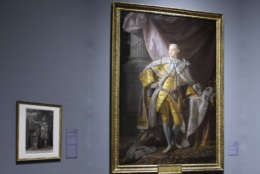 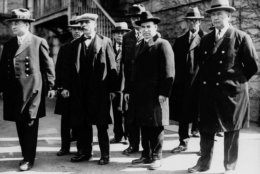 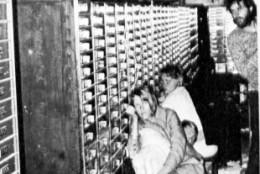 On August 23, 1927, amid worldwide protests, Italian-born anarchists Nicola Sacco and Bartolomeo Vanzetti were executed in Boston for the murders of two men during a 1920 robbery. (On the 50th anniversary of their executions, then-Massachusetts Gov. Michael Dukakis issued a proclamation that Sacco and Vanzetti had been unfairly tried and convicted.)

In 1775, Britain’s King George III proclaimed the American colonies to be in a state of “open and avowed rebellion.”

In 1913, Copenhagen’s Little Mermaid statue, inspired by the Hans Christian Andersen story, was unveiled in the harbor of the Danish capital.

In 1914, Japan declared war against Germany in World War I.

In 1939, Nazi Germany and the Soviet Union agreed to a non-aggression treaty, the Molotov-Ribbentrop Pact, in Moscow.

In 1973, a bank robbery-turned-hostage-taking began in Stockholm, Sweden; the four hostages ended up empathizing with their captors, a psychological condition now referred to as “Stockholm Syndrome.”

In 1979, Soviet dancer Alexander Godunov (GUD’-u-nawf) defected while the Bolshoi Ballet was on tour in New York.

In 2008, Democratic presidential candidate Barack Obama introduced his choice of running mate, Sen. Joe Biden of Delaware, before a crowd outside the Old State Capitol in Springfield, Ill.

In 2003, Former priest John Geoghan (GAY’-gun), the convicted child molester whose prosecution sparked the sex abuse scandal that shook the Roman Catholic Church nationwide, died after another inmate attacked him in a Massachusetts prison.

In 2013, a military jury convicted Maj. Nidal Hasan in the deadly 2009 shooting rampage at Fort Hood, Texas, that claimed 13 lives; the Army psychiatrist was later sentenced to death. Staff Sgt. Robert Bales, the U.S. soldier who’d massacred 16 Afghan civilians, was sentenced at Joint Base Lewis-McChord, Washington, to life in prison with no chance of parole.

One year ago: Mark David Chapman, the killer of former Beatle John Lennon, was denied parole for a 10th time. The long-running rift between President Donald Trump and Attorney General Jeff Sessions exploded into a public smackdown, with Trump accusing Sessions of failing to take control of the Justice Department and Sessions responding that he “will not be improperly influenced by political considerations.” The United States and China imposed tariff increases on an additional $16 billion of each other’s goods.