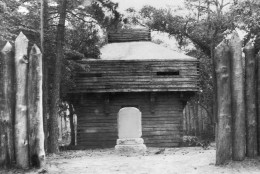 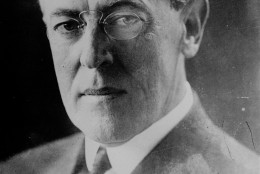 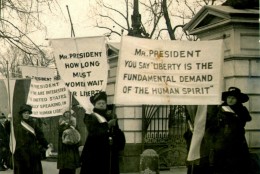 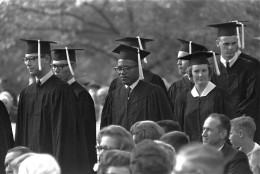 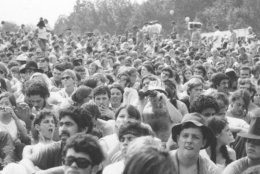 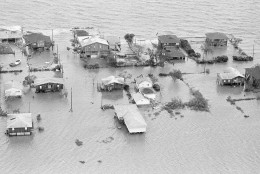 On August 18, 1963, James Meredith became the first black student to graduate from the University of Mississippi.

In 1587, Virginia Dare became the first child of English parents to be born in present-day America, on what is now Roanoke Island in North Carolina. (However, the Roanoke colony ended up mysteriously disappearing.)

In 1862, Dakota Indians began an uprising in Minnesota (the revolt was crushed by U.S. forces some six weeks later).

In 1894, Congress established the Bureau of Immigration.

In 1914, President Woodrow Wilson issued his Proclamation of Neutrality, aimed at keeping the United States out of World War I.

In 1920, the 19th Amendment to the Constitution, guaranteeing all American women’s right to vote, was ratified as Tennessee became the 36th state to approve it.

In 1969, the Woodstock Music and Art Fair in Bethel, New York, wound to a close after three nights with a mid-morning set by Jimi Hendrix.

In 1983, Hurricane Alicia slammed into the Texas coast, leaving 21 dead and causing more than a billion dollars’ worth of damage.

In 1993, a judge in Sarasota, Fla., ruled that Kimberly Mays, the 14-year-old girl who had been switched at birth with another baby, need never again see her biological parents, Ernest and Regina Twigg, in accordance with her stated wishes. (However, Kimberly later moved in with the Twiggs.)

In 1995, Shannon Faulkner, who’d won a 2 1/2-year legal battle to become the first female cadet at The Citadel, quit the South Carolina military college after less than a week, most of it spent in the infirmary.

In 2004, in Athens, Paul Hamm (hahm) won the men’s gymnastics all-around Olympic gold medal by the closest margin ever in the event; controversy followed after it was discovered a scoring error cost Yang Tae-young of South Korea the title.

In 2017, Steve Bannon, President Donald Trump’s top White House strategist, was forced out of his post by Trump; Bannon returned immediately as executive chairman to Breitbart News, which he led before joining Trump’s campaign.

Five years ago: Missouri Gov. Jay Nixon ordered the National Guard to Ferguson, a suburb of St. Louis convulsed by protests over the fatal shooting of an unarmed black teen. Former Vermont U.S. Sen. James Jeffords, who in 2001 tipped control of the Senate when he quit the Republican Party to become an independent, died in Washington; he was 80. Don Pardo, 96, a durable radio and television announcer known for his introductions with a booming baritone on “Saturday Night Live” and other shows, died in Tucson, Arizona.

One year ago: Kofi Annan (KOH’-fee AN’-nan), the first black African to become United Nations secretary-general, died at the age of 80. Pakistan’s cricket-star-turned-politician Imran Khan was sworn in as the country’s prime minister despite protests by opposition parties, which accused the security services of intervening on his behalf in the July elections.