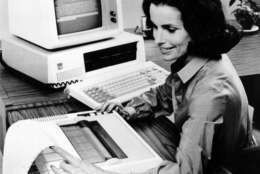 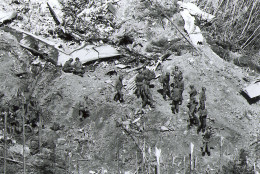 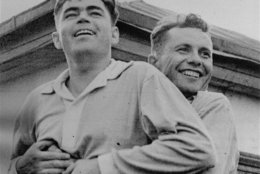 On August 12, 2017, a car plowed into a crowd of people peacefully protesting a white nationalist rally in the Virginia college town of Charlottesville, killing 32-year-old Heather Heyer and hurting more than a dozen others. (The attacker, James Alex Fields, was sentenced to life in prison on 29 federal hate crime charges, and life plus 419 years on state charges.) President Donald Trump condemned what he called an “egregious display of hatred, bigotry and violence on many sides;” Democrats and some Republicans called on him to specifically denounce white supremacy. Two Virginia state policemen were killed in a helicopter crash while monitoring the Charlottesville protests.

In 1939, the MGM movie musical “The Wizard of Oz,” starring Judy Garland, had its world premiere at the Strand Theater in Oconomowoc, Wisconsin, three days before opening in Hollywood.

In 1944, during World War II, Joseph P. Kennedy Jr., eldest son of Joseph and Rose Fitzgerald Kennedy, was killed with his co-pilot when their explosives-laden Navy plane blew up over England.

In 1953, the Soviet Union conducted a secret test of its first hydrogen bomb.

In 1962, one day after launching Andrian Nikolayev into orbit, the Soviet Union also sent up cosmonaut Pavel Popovich; both men landed safely Aug. 15.

In 1981, IBM introduced its first personal computer, the model 5150, at a press conference in New York.

In 1985, the world’s worst single-aircraft disaster occurred as a crippled Japan Airlines Boeing 747 on a domestic flight crashed into a mountain, killing 520 people. (Four people survived.)

In 1992, after 14 months of negotiations, the United States, Mexico and Canada announced in Washington that they had concluded the North American Free Trade Agreement. Avant-garde composer John Cage died in New York at age 79.

In 2000, the Russian nuclear submarine Kursk and its 118-man crew were lost during naval exercises in the Barents Sea.

In 2004, New Jersey Gov. James E. McGreevey announced his resignation and acknowledged that he’d had an extramarital affair with another man.

In 2013, James “Whitey” Bulger, the feared Boston mob boss who became one of the nation’s most-wanted fugitives, was convicted in a string of 11 killings and dozens of other gangland crimes, many of them committed while he was said to be an FBI informant. (Bulger was sentenced to life; he was fatally beaten at a West Virginia prison in 2018, hours after being transferred from a facility in Florida.)

Ten years ago: Ehsanul Islam Sadequee, a 23-year-old Georgia man, was convicted of aiding terrorist groups by sending videotapes of U.S. landmarks overseas and plotting to support “violent jihad” after a federal jury in Atlanta rejected his arguments that it was empty talk. (Sadequee was sentenced to 17 years in prison.) Guitar virtuoso Les Paul died in White Plains, New York, at 94.

Five years ago: Lauren Bacall, 89, the slinky, sultry-voiced actress who created on-screen magic with Humphrey Bogart in “To Have and Have Not” and “The Big Sleep” and off-screen magic in one of Hollywood’s most storied marriages, died in New York. Steve Ballmer officially became the new owner of the Los Angeles Clippers; the sale closed after a California court confirmed the authority of Shelly Sterling, on behalf of the Sterling Family Trust, to sell the franchise. (Her husband, Donald Sterling, had unsuccessfully fought the sale of the team he owned since 1981 in court.)

One year ago: Fewer than two dozen white nationalists showed up for a rally near the White House, where thousands of counterdemonstrators had gathered to send a message that racism is unwelcome. A year after the violence at a rally of white supremacists and other extremists in Charlottesville, Virginia, the mother of Heather Heyer, the woman killed while protesting against that rally, visited the site of the attack and said the country’s racial wounds had not healed. Brooks Koepka wins the PGA Championship in St. Louis; Tiger Woods finished second after a final-round score of 64. A NASA spacecraft, the Parker Solar Probe, lifted off on a mission intended to bring it within 3.8 million miles of the surface of the sun. (The craft made its first close approach, to within 15 million miles, just two and a-half months after liftoff.)