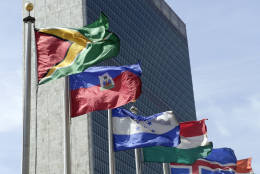 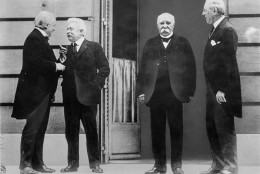 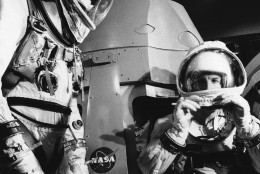 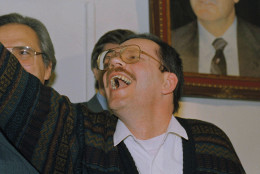 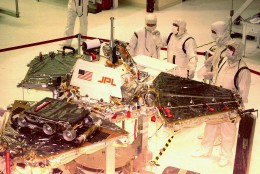 In 1619, a group of settlers from Bristol, England, arrived at Berkeley Hundred in present-day Charles City County, Virginia, where they held a service thanking God for their safe arrival.

In 1867, the National Grange of the Order of Patrons of Husbandry, also known as The Grange, was founded in Washington, D.C., to promote the interests of farmers.

In 1918, President Woodrow Wilson left Washington on a trip to France to attend the Versailles (vehr-SY’) Peace Conference.

In 1942, during World War II, U.S. bombers struck the Italian mainland for the first time with a raid on Naples. President Franklin D. Roosevelt ordered the dismantling of the Works Progress Administration, which had been created to provide jobs during the Depression.

In 1965, the United States launched Gemini 7 with Air Force Lt. Col. Frank Borman and Navy Cmdr. James A. Lovell aboard on a two-week mission. (While Gemini 7 was in orbit, its sister ship, Gemini 6A, was launched on Dec. 15 on a one-day mission; the two spacecraft were able to rendezvous within a foot of each other.)

In 1978, San Francisco got its first female mayor as City Supervisor Dianne Feinstein (FYN’-styn) was named to replace the assassinated George Moscone (mahs-KOH’-nee).

In 1995, the first NATO troops landed in the Balkans to begin setting up a peace mission that brought American soldiers into the middle of the Bosnian conflict.

In 1996, the Mars Pathfinder lifted off from Cape Canaveral and began speeding toward the red planet on a 310 million-mile odyssey. (It arrived on Mars in July 1997.)

In 2000, in a pair of legal setbacks for Al Gore, a Florida state judge refused to overturn George W. Bush’s certified victory in Florida and the U.S. Supreme Court set aside a ruling that had allowed manual recounts.

Ten years ago: U.S. automakers drew fresh skepticism from lawmakers during a Senate Banking Committee hearing over their pleas for an expanded $34 billion rescue package they said was needed for them to survive. For the first time, an NFL game was broadcast live in 3-D to theaters in Boston, New York and Los Angeles. (Although the telecast was marred by technical glitches, fans were mostly forgiving as they watched the San Diego Chargers beat the Oakland Raiders 34-7.)

Five years ago: A senior commander in the militant group Hezbollah, Hassan al-Laqis, was shot dead outside his home in Lebanon, the latest in a series of attacks against the Iranian-backed organization, which accused Israel of the attack. Oscar De La Hoya was selected for induction into the International Boxing Hall of Fame; two of his contemporaries in the modern era _ Puerto Rican star Felix “Tito” Trinidad and Joe Calzaghe of Wales _ were also selected.

One year ago: Declaring that “public lands will once again be for public use,” President Donald Trump scaled back two sprawling national monuments in Utah; it was the first time in a half century that a president had undone that type of land protection. The Supreme Court allowed the Trump administration to fully enforce a ban on travel to the United States by residents of six mostly Muslim countries. Trump formally endorsed Republican Roy Moore in the Alabama Senate race, looking past sexual misconduct allegations against the GOP candidate.