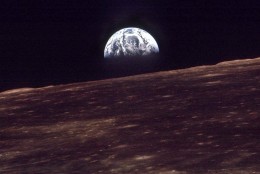 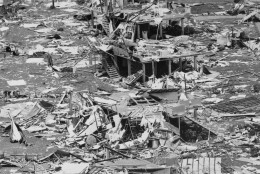 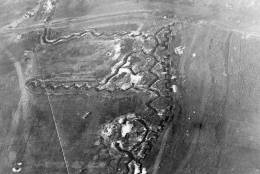 In 1814, the United States and Britain signed the Treaty of Ghent, which ended the War of 1812 following ratification by both the British Parliament and the U.S. Senate.

In 1865, several veterans of the Confederate Army formed a private social club in Pulaski, Tennessee, that was the original version of the Ku Klux Klan.

In 1871, Giuseppe Verdi’s opera “Aida” had its world premiere in Cairo, Egypt.

In 1906, Canadian physicist Reginald A. Fessenden became the first person to transmit the human voice (his own) as well as music over radio, from Brant Rock, Massachusetts.

In 1913, 73 people, most of them children, died in a crush of panic after a false cry of “Fire!” during a Christmas party for striking miners and their families at the Italian Hall in Calumet, Michigan.

In 1914, during World War I, impromptu Christmas truces began to take hold along parts of the Western Front between British and German soldiers.

In 1968, the Apollo 8 astronauts, orbiting the moon, read passages from the Old Testament Book of Genesis during a Christmas Eve telecast.

In 1974, Cyclone Tracy began battering the Australian city of Darwin, resulting in widespread damage and causing some 65 deaths.

In 1980, Americans remembered the U.S. hostages in Iran by burning candles or shining lights for 417 seconds _ one second for each day of captivity.

In 1990, actor Tom Cruise married his “Days of Thunder” co-star, Nicole Kidman, during a private ceremony at a Colorado ski resort (the marriage ended in 2001).

In 1992, President Bush pardoned former Defense Secretary Caspar Weinberger and five others in the Iran-Contra scandal.

In 1993, the Rev. Norman Vincent Peale, who blended Christian and psychiatric principles into a message of “positive thinking,” died in Pawling, N.Y., at age 95.

Ten years ago: A man dressed in a Santa Claus suit shot his way into the Covina, Calif., home of his former in-laws and set it on fire, killing nine people (the attacker, identified as Bruce Jeffrey Pardo, committed suicide the next day). The Federal Reserve granted a request by the financing arm of General Motors to tap the government’s $700 billion rescue fund, bolstering GM’s ability to survive. Nobel Prize-winning playwright Harold Pinter died in London at age 78.

Five years ago: In Egypt, a car bomb ripped through a security headquarters in the Nile Delta city of Mansoura, killing 16 people, almost all policemen. Britain’s Queen Elizabeth II granted a posthumous pardon to code-breaker Alan Turing, who was convicted of homosexual behavior in the 1950s. Pope Francis lauded Jesus’ humble beginning as a poor and vulnerable baby as he celebrated his first Christmas Eve Mass as pontiff in St. Peter’s Basilica.

One year ago: Peru’s president announced that he had granted a medical pardon to jailed former strongman Alberto Fujimori, 79, who had been serving a 25-year sentence for human rights abuses, corruption and the sanctioning of death squads. In Christmas eve remarks, Pope Francis likened the journey to Bethlehem by Mary and Joseph to the migrations of millions of people today who are forced to leave homelands for a better life, or just to survive. Hundreds of supporters of Russian opposition leader Alexei Navalny nominated him for president, allowing him to file the required endorsement papers and putting pressure on the Kremlin to allow him to run. (Navalny was blocked from the ballot because of a felony conviction in a case that his supporters regarded as falsified.)