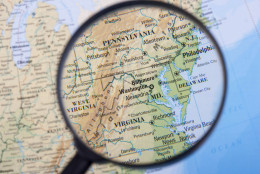 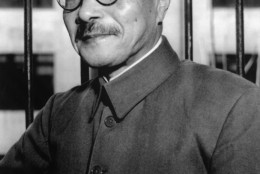 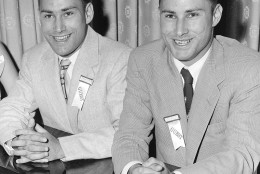 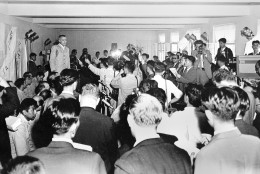 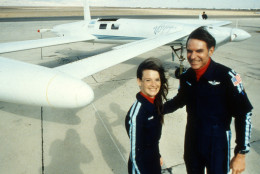 In 1783, George Washington resigned as commander in chief of the Continental Army and retired to his home at Mount Vernon, Va.

In 1788, Maryland passed an act to cede an area “not exceeding ten miles square” for the seat of the national government; about 2/3 of the area became the District of Columbia.

In 1941, during World War II, American forces on Wake Island surrendered to the Japanese.

In 1954, the first successful human kidney transplant took place at the Peter Bent Brigham Hospital in Boston as a surgical team removed a kidney from 23-year-old Ronald Herrick and implanted it in Herrick’s twin brother, Richard.

In 1967, President Lyndon B. Johnson, on his way home from a visit to Australia and Southeast Asia, held an unprecedented meeting with Pope Paul VI at the Vatican; during the two-hour conference, Johnson asked the pope for help in bringing a peaceful end to the Vietnam War.

In 1968, 82 crew members of the U.S. intelligence ship Pueblo were released by North Korea, 11 months after they had been captured.

In 1975, Richard S. Welch, the Central Intelligence Agency station chief in Athens, was shot and killed outside his home by the militant group November 17.

In 1986, the experimental airplane Voyager, piloted by Dick Rutan (ruh-TAN’) and Jeana (JEE’-nuh) Yeager, completed the first non-stop, non-refueled round-the-world flight as it returned safely to Edwards Air Force Base in California.

In 1997, a federal jury in Denver convicted Terry Nichols of involuntary manslaughter and conspiracy for his role in the Oklahoma City bombing, declining to find him guilty of murder. (Nichols was sentenced to life in prison without the possibility of parole.)

Ten years ago: Rene-Thierry Magon de la Villehuchet (reh-NAY’-tee-ay-REE’ ma-GOHN’ duh lah veel-oo-SHAY’), founder of an investment fund that had lost $1.4 billion in Bernard Madoff’s Ponzi scheme, was discovered dead after committing suicide at his Madison Avenue office. A military-led group seized control of the airwaves in Guinea and declared a coup after the death of the country’s long-time dictator, Lansana Conte.

Five years ago: The last two imprisoned members of the Russian punk band Pussy Riot (Maria Alekhina and Nadezhda Tolokonnikova) were given amnesty and set free after spending nearly two years in prison for a protest at Moscow’s main cathedral. Auburn’s Gus Malzahn was honored as The Associated Press national coach of the year. Mikhail Kalashnikov, 94, designer of the AK-47 assault rifle, died in Izhevsk, Russia.

One year ago: The top leadership of the Miss America Organization resigned amid a scandal over emails in which pageant officials had ridiculed past winners over their appearance and intellect and speculated about their sex lives. A federal judge in Seattle partially lifted a Trump administration ban on certain refugees after two groups argued that the policy kept people from some mostly Muslim countries from reuniting with family living legally in the United States.