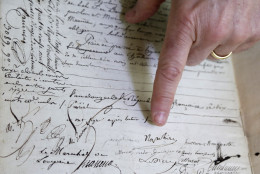 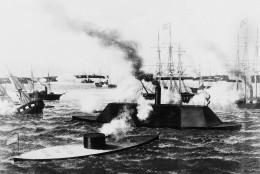 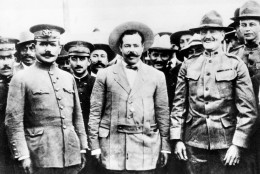 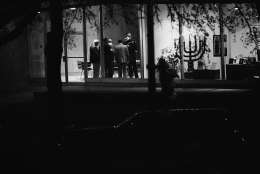 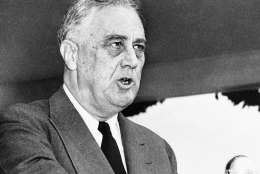 In 1841, the U.S. Supreme Court, in United States v. The Amistad, ruled 7-1 in favor of a group of illegally enslaved Africans who were captured off the U.S. coast after seizing control of a Spanish schooner, La Amistad; the justices ruled that the Africans should be set free.

In 1862, during the Civil War, the ironclads USS Monitor and CSS Virginia (formerly USS Merrimac) clashed for five hours to a draw at Hampton Roads, Virginia.

In 1935, the animated cartoon character Porky Pig first appeared in the Warner Bros. animated short “I Haven’t Got a Hat.”

In 1945, during World War II, U.S. B-29 bombers began launching incendiary bomb attacks against Tokyo, resulting in an estimated 100,000 deaths.

In 1964, the U.S. Supreme Court, in New York Times Co. v. Sullivan, raised the standard for public officials to prove they’d been libeled in their official capacity by news organizations.

In 1976, a cable car in the Italian ski resort of Cavalese fell some 700 feet to the ground when a supporting line snapped, killing 43 people.

In 1989, the Senate rejected President George H.W. Bush’s nomination of John Tower to be defense secretary by a vote of 53-47. (The next day, Bush tapped Wyoming Rep. Dick Cheney, who went on to win unanimous Senate approval.)

In 1997, gangsta rapper The Notorious B.I.G. (Christopher Wallace) was killed in a still-unsolved drive-by shooting in Los Angeles; he was 24.

Five years ago: The search continued for Malaysia Airlines Flight MH370, a Boeing 777 that had gone missing the day before while over the South China Sea with 239 people on board. (The plane was never found.)

One year ago: A combat veteran who’d been expelled from a treatment program at a California veterans home fatally shot three mental health workers there before taking his own life. Weeks after the shooting that left 17 people dead at a Florida high school, Gov. Rick Scott signed a school-safety bill that included new restrictions on guns, prompting a lawsuit from the National Rifle Association; the bill raised to 21 the minimum age to buy rifles and created a program enabling some teachers and other school employees to carry guns. Martin Shkreli, the former pharmaceutical CEO who’d been vilified for jacking up the price of a lifesaving drug, was sentenced in New York to seven years in prison for securities fraud. A Kentucky neighbor of U.S. Sen. Rand Paul, Rene Boucher, pleaded guilty to a federal charge for tackling the lawmaker in an attack his attorney said was triggered by a dispute over lawn maintenance; Boucher served a 30-day prison sentence.

march 9 | this date in history | Today in History