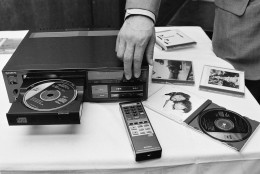 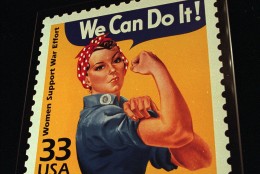 On March 8, 1702, England’s Queen Anne acceded to the throne upon the death of King William III.

In 1854, U.S. Commodore Matthew C. Perry made his second landing in Japan; within a month, he concluded a treaty with the Japanese.

In 1948, the Supreme Court, in McCollum v. Board of Education, struck down voluntary religious education classes in Champaign, Illinois, public schools, saying the program violated separation of church and state.

In 1965, the United States landed its first combat troops in South Vietnam as 3,500 Marines arrived to defend the U.S. air base at Da Nang.

In 1971, Joe Frazier defeated Muhammad Ali by decision in what was billed as “The Fight of the Century” at Madison Square Garden in New York. Silent film comedian Harold Lloyd died in Beverly Hills, California, at age 77.

In 1975, the first International Women’s Day was celebrated.

In 1979, technology firm Philips demonstrated a prototype compact disc player during a press conference in Eindhoven, the Netherlands.

In 1983, in a speech to the National Association of Evangelicals convention in Orlando, Florida, President Ronald Reagan referred to the Soviet Union as an “evil empire.”

In 1988, 17 soldiers were killed when two Army helicopters from Fort Campbell, Kentucky, collided in mid-flight.

In 1999, baseball Hall of Famer Joe DiMaggio died in Hollywood, Florida, at age 84.

In 2004, Abul Abbas, the Palestinian guerrilla leader who’d planned the hijacking of the Achille Lauro (ah-KEE’-leh LOW’-roh) passenger ship, died while in U.S. custody in Baghdad, Iraq; he was 56. Actor Robert Pastorelli was found dead in his Hollywood Hills, Calif., home; he was 49.

In 2008, President George W. Bush vetoed a bill that would have banned the CIA from using simulated drowning and other coercive interrogation methods to gain information from suspected terrorists.

Ten years ago: A pastor was gunned down during a Sunday sermon in a southwestern Illinois church; a judge later ruled the suspect in the shooting, Terry Sedlacek (SEHD’-lak), was mentally unfit to stand trial in the killing of the Rev. Fred Winters at the First Baptist Church of Maryville. A suicide bomber struck a police academy in Baghdad, killing at least 30. Country singer Hank Locklin, 91, died in Brewton, Ala.

Five years ago: Malaysia Airlines Flight MH370, a Boeing 777 with 239 people on board, vanished during a flight from Kuala Lumpur to Beijing, setting off a massive search. (To date, the fate of the jetliner and its occupants has yet to be determined.)

One year ago: U.S. and South Korean officials said President Donald Trump had agreed to meet with North Korean leader Kim Jung Un by the end of May to negotiate an end to North Korea’s nuclear weapons program. Despite Republican warnings of a trade war, Trump ordered steep new tariffs on steel and aluminum imports to the United States. Mississippi lawmakers passed one of the most restrictive abortion laws in the nation, making the procedure illegal in most cases after 15 weeks of pregnancy; a federal judge later struck down the law as unconstitutional. Serena Williams beat Zarina Diyas of Kazakhstan, 7-5, 6-3, in the first round of a tournament in Indian Wells, California; it was Williams’ first match following a 14-month layoff for the birth of her daughter.

march 8 | this date in history | Today in History